The necessity of maintaining an adequate omega-3 fatty acids intake to achieve optimum health is not in question.

Yet how to best achieve this is debated. Many of you have probably wondered: "Is krill oil better than omega-3 fish oil? After considering this issue for over twenty years my conclusion is that although there is obviously overlap between the benefits of krill and fish oil supplements, ultimately the advisability of using one or the other has more to do with knowing how and when to apply them properly than it does with which is better.

Both fish oil and krill oil contain the essential omega-3 fats abbreviated DHA and EPA, and can be immensely beneficial due their anti-inflammatory effects, and necessity for cell membrane maintenance and function.

But which supplement is more appropriate for a given health condition depends on the situation. Further, with krill oil supplementation the benefits derived may be just as much due to the effects of its astaxanthin content, as the levels of omega-3s, and in my opinion, the positive effects of either fish or krill are optimized by the addition of the omega-6 fatty acid called gamma-linolenic acid, (GLA) from borage or evening primrose oil, to heighten the anti-inflammatory benefits.

So when do you want to use fish oil vs. krill? 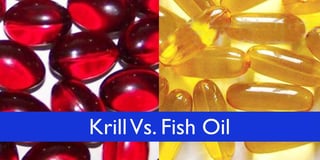 First of all, lets look at the two main points generally considered when comparing the two...i.e. total amounts of omega-3 fats you get, and bioavailability. Said simply, if what you are after is simply EPA/DHA content, the limited studies on the topic show that though a lower amount of krill may be needed to achieve the same level of omega-3s in the blood, this is offset by the higher amounts of EPA/DHA present in a typical daily dose of fish oil. For example in one study, comparable blood parameters in serum concentrations of EPA/DHA were achieved by taking either 6 x 500mg capsules of krill oil, (representing 543mg EPA/DHA), or 3 capsules of fish oil providing 864mg of EPA/DHA. [1] At the end of 7 weeks there were no differences detected in the serum lipids or oxidative stress / inflammation of either group. [1]

Yet the point is how many people are going to take 6 capsules of krill oil per day, especially given the extra cost? Also consider that you can get more EPA/DHA than any of the above amounts with a single teaspoon of fish oil, instead of capsules, and a therapeutic dose of omega-3 fats often recommened by practitioners is between 1500 and 3000mg.

Higher amounts of omega-3s can also be helpful to help attenuate gut-related immune responses and inflammation in people with leaky gut, by decreasing the absorption and effects of what is called LPS from undesirable gram-negative bacteria. This was discussed in a recent article of ours.

So you might say, "Oh well, then I am just going to take fish oil"...but not so fast. 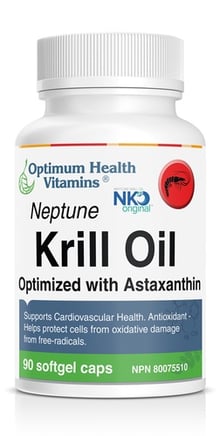 One of the main benefits of krill oil is the naturally occurring phospholipid form that the fats come in. Because the cells in your body have phospholipid membranes, this acts as an enhanced natural delivery system, which is readily absorbed, and incorporated into tissues. So, one of the clear applications for krill oil is when a person has poor digestion, gets nauseated from oils, or is bothered by fish burps. For example, if someone has had their gallbladder removed, or for some other reason doesn't produce enough bile, GI tract intolerance to oils is more likely. But this doesn't happen with krill oil which is readily "soaked-up" by the gut, due to its phospholipid structure.

Furthermore, what gets absorbed along with the essential fats is the extremely valuable astaxanthin. Astaxanthin is a carotenoid that is produced by the microalgae called Haematococcus pluvialis. It is what gives krill oil its brilliant red colour, and is also responsible for the red hue in salmon and shellfish that all consume the algae. Astaxanthin has extensive antioxidant/anti-inflammatory properties, and is highly protective of your all-important mitochondria. [2,3,4,5,6]

As we discussed in this article on how to support the mitochondria, this means that astaxanthin can preserve health, particularly in the brain and nervous system.

These extensive benefits are why Optimum Health Vitamins added extra astaxanthin from Haematococcus pluvialis to our Neptune Krill Oil product to yield a meaningful amount in each serving...2.8mg per two caps...(4.2mg per three), in the highly absorbable and penetrating phospholipid form.

Why Using This EFA Blend Is The Better Choice.

(Since we found ourselves constantly recommending an extra product in borage or evening primrose oil, Optimum Health formulated its fish and borage oil combination called Synergy-3. It contains 655 mg EPA , 430mg EPA, and 130mg GLA per teaspoon. The fats are in the natural triglyceride form, and are molecularly distilled for purity.)

In summary, if someone is in a very poor nutritional state, and is showing frank signs of omega-3 deficiency such as dry skin and hair, poor mental and/or emotional status, or showing signs of gut-based endotoxemia, etc., then I will usually recommend fish oil. This is because the issue is more the amount of EPA/DHA in their system.

Yet if someone has a lot of absorption and digestive intolerance, or is dealing with a nervous system challenge, or appears to be undergoing a lot of oxidative stress, then I will usually recommend krill oil.  In serious situations, I often recommend both.

Note that due to its phospholipid form and astaxanthin, krill oil is much more stable than fish oil, and is the better choice to take on holidays, especially if you are going somewhere warm, and without refigeration. But be warned, if the capsules break open they are stinky!

The one last thing I haven't addressed is individuality. Like any other comparable products, when deciding between krill or fish oil people are going to vary in what works best for them. Some will notice more benefits from one, and some from the other. So in that regard, you may need to experiment to find out what works best for you.

Until next time, remain well! 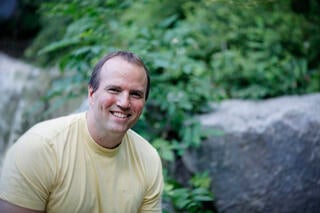