How to Use Oregano Oil for Best Results. 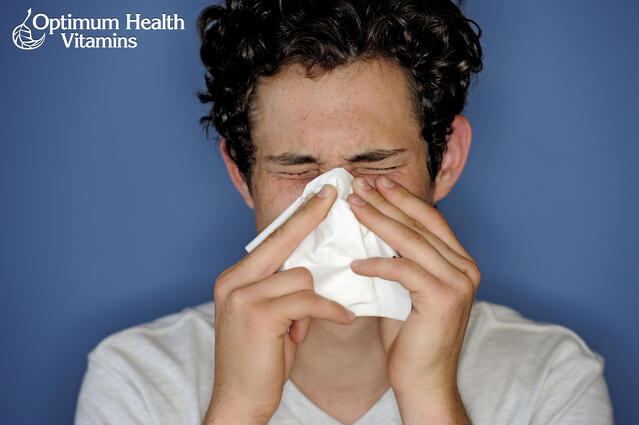 At Optimum Health we have been oregano oil connoisseurs ever since it became popular in the 1990’s. We look high and low for good oregano oil, and sample any that we can find.  As there are no studies providing guidance on the best ways to use oregano oil, this article relies on my 20+ years of extensive experience with it….i.e. what I have seen work with a high degree of consistency in the real world.

As per Health Canada, the stated recommended use for Oregano Oil is as an antioxidant. [1, 2] Yet the evidence for oregano oil’s antimicrobial properties is mounting, and I and all the other people I know who use it take it to ward off oncoming colds, flus, and/or nausea. [3,4,5,6]

I have successfully used oregano oil countless times to get rid of a sore throat that is so often the first sign that a cold is developing. Though it isn’t always effective for this purpose, I would estimate that it works about 7 times out of 10. I have found the most effective way to use it for this is to take it full strength, as long as you can hack the intense taste and heat sensation. Even though my “official” advice is to follow the directions on the bottle, personally I don’t count drops, but simply measure about ½ to 1 inch in the dropper, and then squirt it directly on the area of my throat that is sore. I find it provides better results if you don’t swallow immediately, but rather move the oil around your mouth to get the volatile components in contact with your mucous membranes, where it absorbs into the bloodstream immediately. Next, after 3 or 4 seconds, tip your head back and gently swallow letting it pass over the affected region of your throat again. Even though I find best results are produced if you don’t immediately chase with water, if you are not accustomed to the "oregano experience" you should at least have a glass of water handy. But for those who can handle it, just "grimace and bear it". I usually tell people to expect their eyes to water and to “kick the wall” if they need to…(just think pizza!)

This isn't saying oregano oil won't work if you swallow it directly with liquid, and this is a must when giving it to kids. But for adults, if a bug is trying to set up camp in your throat, the battle is likely going to be most successful right on site. With the tissue-penetrating properties of oregano oil’s constituents, the above procedure is a good way to blanket the area.

Yet, a word to the wise: unless you are an experienced user, don’t take oregano oil while driving. I have had more than one person who has done this say that, even though it worked for the cold, they almost had an accident, because it was just too strong.

One of the good things about using oregano as described is that it doesn’t really matter whether you have food in your stomach or not….it works the same. But you should know that if you have just chewed and swallowed food, as oregano oil kills bacteria on the food, it usually makes the taste/heat sensation all the more intense!
Related article: The Amazing Oil of Oregano.

How to Best Store Oregano Oil

At the first sign of an invading bug the quicker you get oil of oregano into you, the better your chances are of beating it. Hence, keeping a bottle handy at home, or at work can be very useful.

Accordingly, many people carry oregano oil in their purses or brief cases. But I do not think this is optimal, as if the oil stays in contact with the rubber dropper or cap for an extended period, the volatile components can actually solubilize the rubber or plastic. Then the next time you take some from the container, you get an unintended dose of these materials. I have actually seen undiluted, full strength samples of oil of oregano soak right through plastic lids after being stored for long periods, even when they are kept upright! So, when it comes to commercial oregano oil products, all of which are diluted in olive oil, I would suggest whenever possible keeping the bottle upright, with the rubber bulb squeezed-out.

Another application for oregano oil is if I have unintentionally consumed bacterially contaminated food, and start to get nauseas, and say something like “Oh oh…I wonder how old that chicken was?”. In this case I don’t go through the ordeal described above, I just take a shot, (usually a large one), and swallow it with water immediately to get it throughout my stomach, and do not hesitate to repeat it, if necessary.

Once while traveling I used oregano oil in this fashion to interrupt the development of a particularly nasty rotavirus that made others around me extremely ill, with vomiting and diarrhea. The waves of nausea were brutal, but with repeated applications of oregano, they stopped within two hours. But, here again a word of caution, particularly for children. Administering oregano early in the course of a developing flu may be helpful, but giving it to someone who is far enough along that they are likely to vomit is not the best idea, because if they take it, then vomit, the oregano oil coming up through the nose and sinuses can be very painful.

For the flu, whatever other precautions you decide to take…such as lots of vitamin D, I would say the preferred way to use oregano oil is on a preventative basis, i.e. if you have been around someone you know was sick, or there happens to be a lot of flu going around, take some once or twice a day, before anything starts. A 2012 UBC study found that all commercial samples of oregano tested did possess anti-influenza virus activity.[8]

Yet, using oregano oil daily for any length of time can be hard on the friendly bacterial populations in the gut. So in this case, as with any antibiotic…natural or not, remember to take probiotics as food or supplements.

That said, oregano oil can also be used as an anti-fungal/ anti-candida agent. But again, it is very important to replace the probiotics in your gut.

Bring your Oregano Oil when Traveling

For all the above reasons, oregano oil has become a very popular travel accessory. When flying, I and my family keep it with us on the plane, (instead of in our checked luggage), and when we board, or at the first sign of nausea, or sore throat we take a shot. And for those who have gone through the agony of plugged eustation tubes, and the resulting ear pain during take-off or landing, I have many times found applying several drops of oregano in the notch behind my earlobe, and down the jawline can help open them up....sometimes very quickly.

I have also recommended oregano oil many times for its topical and/or anti-inflammatory properties. I have found it to be effective for skin infections, but you should know that with repeated use on a given spot, the skin will redden, and eventually become irritated.Regarding oregano oil's anti-inflammatory properties, I have found them to be many and varied,but this is something I will write about in an upcoming article on Nrf2 activators. 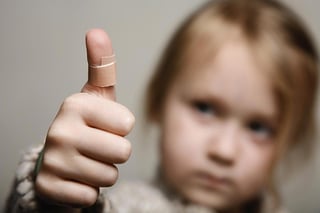 Yet another extremely useful and interesting application for oregano oil that I discovered almost by accident is the ability to close cuts, and stop or at least slowdown bleeding...(at least for long enough that you can get a band aid or gauze on the cut.) My wife and I have used this many times at home, and with members of our extended families. The interesting thing is that the pain you might expect from the application, only lasts for seconds, or not at all, then any pain just disappears. Note that you may have to apply a dropper or more after washing to achieve this. Getting it on to a screaming kid can be challenging, especially if they know that there might even be brief pain, but once its on, if they can tolerate it even for 10-30 seconds, they stop crying, because the pain goes away. Yet the site has to be clean. If its not, and the oil is still actively killing bacteria, the thermogenic reaction that is produced causes a heat sensation, so it can be painful if the bacteria is still present.

Regarding what constitutes a “good” or effective oregano oil, even though % carvacrol  has become the standard for judging their potency, I do not believe that this is completely valid. Carvacrol is definitely antimicrobial. [7] But you can't isolate a single constituent from a complex mixture of volatile organic compound, study it, and then attribute your finding directly back to the whole mixture, and say “yup, the more of this it has, the better it will work”. With over 12 identified volatile compounds, the effectiveness of the whole plant extract is going to vary with the exact ratio of these compounds, relative to the specific bacteria, virus, or fungus. i.e. that in the end different oregano olis may be more suited to getting rid of a particular bug. 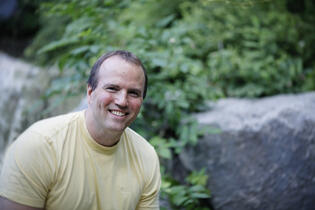