How To Treat Adrenal Fatigue Naturally And Have More Energy 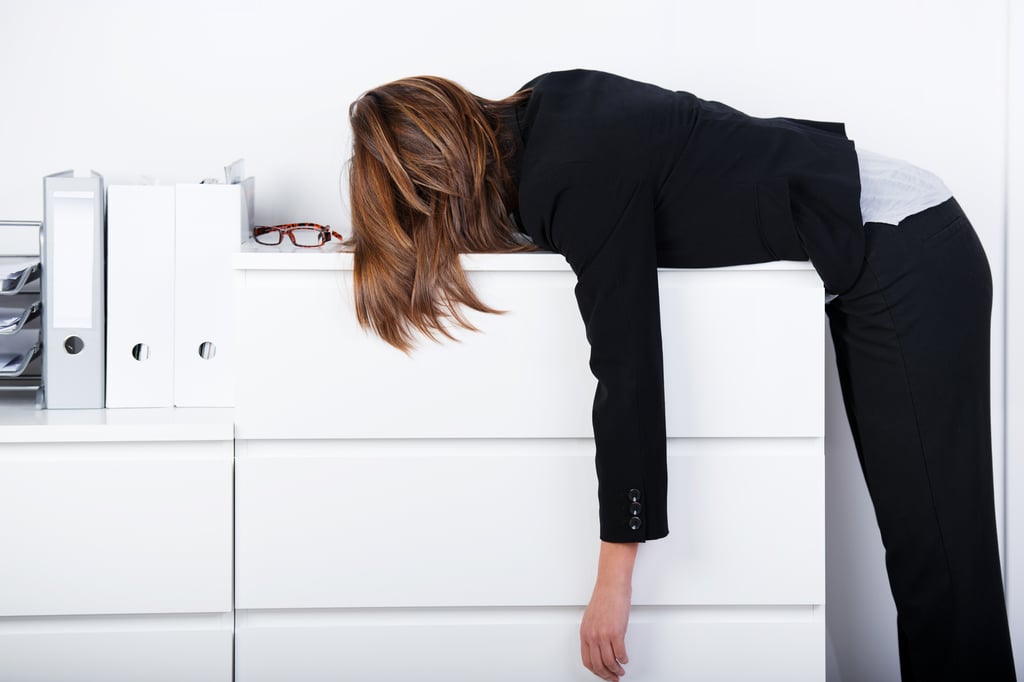 In a stressed-out 21st Century, it is more important than ever to achieve adrenal balance. That is having an adequate adrenal response to stressful events and situations, without having an exaggerated over-response, where small things set you off, and you are "wired yet tired". Many are interested in knowing how to treat adrenal fatigue naturally.

Our "fight or flight" mechanisms are supposed to be a protective response against threats, yet they're not designed to be stimulated on a constant basis. When our stress response response gets triggered, it not only elicits the production of adrenal hormones, like adrenalin, noradrenalin, cortisol, and aldosterone, but it also creates inflammation to activate our immune system and help get our body into a state of alarm. Increased blood pressure, heart rate, respiratory rate, and muscle tone result.

This might have been good if we were running away from sabre-toothed tigers, but in a modern setting it can create a great deal of dysfunction, especially when it happens daily... if not hourly, for some! At the end of ongoing adrenal activation if we hit exhaustion, and the release of highly anti-inflammatory adrenal hormones like adrenalin, noradrenalin, and cortisol is absent or inadequate, our blood sugar dysregulates, our thyroid goes offline and the fires of inflammation that have been initiated are left to run amok in our systems, causing mitochondrial dysfunction, and in the extreme, cell death. (1) 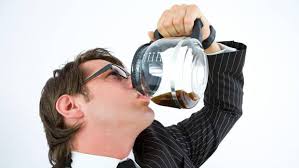 What this process of over-taxing and finally depleting our adrenal reserves can mean to various degrees is low energy accompanied by highs and lows through the day, and dependence on stimulants like caffeine. Further outcomes can be anxiety, weight gain, lowered resistance to infection, reduced libido, poor brain function, or in the extreme being flat on our back with chronic debilitating fatigue pain, depression, and/or fibromyalgia. And remember that such situations can be driven by either adrenal over-activation or deficiency, and what is required is balance.

So what do you do to support your adrenal reserves, and at the same time prevent your stress response from being triggered unnecessarily or excessively?

For this the class of botanicals known as "adaptogens" can be invaluable. They bring you into the center, normalizing function regardless of the direction of the imbalance (i.e. too high or too low), and four very powerful adaptogens are Rhodiola, Ashwagandha, Holy Basil, and Ginseng. Though the following summaries  of their extremely broad range of actions in the body may seem unbelievable, this is the power of adaptogens! They can be incredibly health enhancing, and they are also some of the best studied botanicals.

What do these 4 Adaptogens do?

1.) Rhodiola - Rhodiola has been studied and used in northern Europe and Asia for centuries to increase stamina, strength, and resistance to a wide variety of maladies, including depression, low energy, impotence, poor sleep quality, temperature extremes, altitude sickness, and general performance.(2,3) Rhodiola's broad spectrum of adaptogenic, cardioprotective, and nervous system benefits are largely attributed to the ability of its active constituents , (eg. p-tyrosol, rosavins, rosin, rhodiolin, salidroside, etc), to improve levels and efficiency of monoamines including dopamine, noradrenalin and serotonin, thereby improving mood and alertness. (3) Rhodiola also contains a broad spectrum of antioxidants, and has been noted by German researchers by for its anti-inflammatory properties, useful for pain and headaches. (2) (As an aside, an alternative headache remedy that we at Optimum Health have found effective is combining rhodiola with krill oil.) And not surprisingly, given these properties, rhodiola has been found to increase mitochondrial energy production and recovery after exhaustive exercise. (4)

Further, a 2007 randomized, placebo-controlled, double-blind Swedish study assessed rhodiola for its effects on mild to moderate depression.(5) Subjects in test groups taking a standardized rhodiola preparation, either once or twice per day, both showed significant improvement on 2 different depression-rating tests, whereas the placebo group showed no change.(5) The researchers also noted significant improvements in both experimental groups in emotional stability, insomnia, and less physical symptoms due to anxiety. (6) No adverse effects were observed. 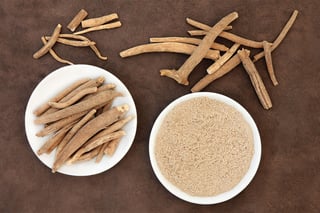 2.) Ashwagandha - Used traditionally in Ayurvedic medicine for fatigue, anemia, and overall vigour, research on Ashwagandha has shown it to possess antioxidant, anti-inflammatory,  and anti-cancer properties. (7) Also called "Indian Ginseng", Ashwagandha has shown to provide benefits for managing stress, reducing arthritis, helping build the blood by increasing both red and white blood cell production, modulating immunity, providing support for both the nervous system (anxiety and depression), endocrine, and cardiopulmonary systems.(7, 8) So, in general it is adaptogenic and anti-aging. (8) Yet, another notable feature of ashwagandha is its ability to support the production of the thyroid hormone thyroxin (T4). Additionally, Ashwagandha has been shown to reduce liver oxidation, as well as increase levels of powerful endogenous antioxidant enzymes such as superoxide dismutase and catalase. (10) 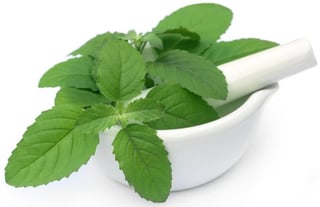 3.) Holy Basil - When it comes to calming, balancing and uplifting a stressed-out or anxious system, few herbs perform this function as well as the potent adaptogen Holy Basil, i.e. Ocimum sanctum, (AKA synonym:Ocimum tenuiflorum). This herb has been studied extensively for its broad range of adaptive and protective properties against mental and physical stressors, and chronic disease. (11,12). Though expounding on all the protective attributes of Holy Basil that have been investigated goes beyond the scope of this article, suffice it to say they are extensive!

Yet it is interesting to note that science has of yet not been able to pinpoint which of its chemical constituents are responsible for many of its actions...a classic example of herbal synergy that cannot be dissected by a reductionist scientific approach.

4.) Ginseng - Though it has been used since antiquity for increasing strength, energy, vitality, sexual vigor, and longevity, ginseng is thought to produce its general stress relieving and adaptive effects by modulation of the HPA axis, so central to our stress response.  Ginseng's active constituents are known collectively as ginsenosides, and modern research has validated their immune-enhancing actions against colds and flu, as well as its anti-inflammatory and cancer protective effects,(17,18, 19, 20) In addition ginseng has been found to be useful be useful in diabetes, to enhance memory, boost sports performance, increase  virility, (i.e.sperm count), as well as modulate hormonal actions in both men and women.(21)

Many may feel that they are familiar with ginseng (i.e Panax ginseng), just because it has been around for a long time, and they figure there must be something better by now. But in my opinion the value of ginseng is totally under-rated, and it has unfairly gotten a "bad wrap" because of the fact that it is a warming, invigorating herb that has been said by some to raise blood pressure.  I think this effect has been grossly overstated, with the possible exception of extensive, long term usage, i.e. "ginseng abuse syndrome". (17)  Many of the people avoiding ginseng get greater increases in  blood pressure from the coffee they drink, and the German E. Commission, as well as the World Health Association report no contraindications for Panax Ginseng. (17) As a result many are missing out on the significant adaptogenic and energy-boosting effects that ginseng can provide.

So as you can see, the list of benefits from these herbs is impressive for each one alone. Yet when put together the result is synergy...a synergy which is achieved in Optimum Health Vitamins' Optimized Adrenal Balance. 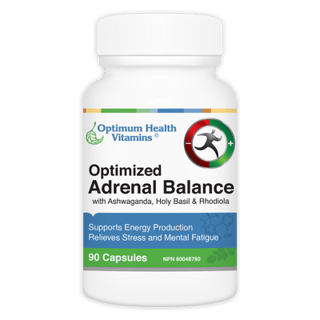 This formula can be invaluable for helping you maintain energy production , and shore-up your adrenal reserves, while preventing your stress response from being unnecessarily triggered. As a result it helps keep you calm, alert and performing well under pressure...excellent for the daily demands so many of us face at the office, at school, in sports, or at home

And a final note. People ask me why as a health practitioner I often recommend these adaptogens for thyroid imbalances...even before more thyroid-specific herbs and nutrients. The answer is that the thyroid is so directly affected by the stress response, and the inflammation that accompanies it. Both of these factors impede this gland's normal function. (Read more on this  in the related article.)

It is our thyroid's job to conserve energy when we are threatened, and by using these adaptogens, the stress response is moderated, and a "restraining order" gets lifted off the thyroid. This allows your mitochondria to return to normal metabolism and energy production. Once that happens, and you are using oxygen better, everything improves!