Concerned Your Fish Oil May Be Rancid? Here's A Simple Test You Can Do Yourself. 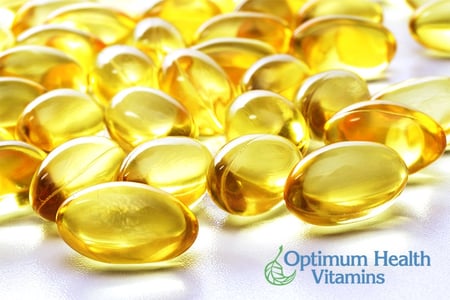 So, the CBC has apologized for reporting faulty test results on Natural Health Products! Though the apology is a surprise, the inaccurate test results aren't.  My guess is that this move was forced, legally or financially, in an organization that is scrambling for survival!

Interesting that they apologized for stating that Pfizer's Emergen-C contained less than half the label claim of 1000mg when the Marketplace story never actually aired, and appeared only as a trailer on the internet. Yet they didn't apologize for any of the rest of their highly biassed, (some may say "rigged") journalism, i.e. they knew what they were going to say before they started 'investigating".

It was apparent immediately that the testing was suspect, which is why Optimum  Health quickly went out and tested two flavours of Emergen-C for their vitamin C content. One tested at 1005mg and the other at 1018mg. These were not the same batch, but the whole idea that Pfizer would short their Emergen-C is like accusing Rogers Sugar Inc. of shorting bags...highly unlikely!

Yet, in their apology the CBC stated that retesting showed "some fish oil was rancid". (Some? What does some mean?... One product...two?) As discussed in our prior article, they didn't specify where they were manufactured or where the clean products were produced. Canada perhaps? The example elaborated on was from New Zealand, and the product they featured as having the highest level of rancidity, i.e. Nature's Bounty, is US-manufactured. But, the CBC just lumped everything together.

Furthermore, their direct implication that "Fish oil doesn't  protect you from heart disease...therefore it is a waste of time" is like saying that because a Toyota Corolla can't get you to the North Pole, its a crappy car, i.e. if you pick the wrong end-point to indicate value or utility, of course the results will be negative! But it doesn't mean you didn't get many positive results along the way.

Heart / cardiovascular disease is such a multi-factorial condition that it is misguided to think if you take fish oil it will be a magic bullet. Yet, as outlined in every nutrition textbook for more than two decades, the EPA and DHA essential fats in fish oil are highly anti-inflammatory. Countless chronic diseases have inflammation as a contributing or causative factor, not to mention how supportive omega-3 fats are for your brain and nervous system. Yet, these well-established benefits were omitted from the CBC's report.

So how can you tell if fish oil is rancid? You smell it and/or you taste it. If it smells or tastes more than moderately fishy, or in particular bitter, it almost surely contains higher levels of peroxides (i.e. rancidity) than will be good to consume. In general, the less fishy odour or bitterness, the better.

(Note: this same test cannot be applied to krill oil, which is highly stable and protected from rancidity by the naturally occurring potent antioxidant, called astaxanthin....but it still stinks and tastes terrible!)

If you have fish oil capsules, and you don't want to bite into one, simply poke it with a pin.

Also know that if you have liquid, avoid getting the oil on the outside of the bottle, as it will oxidize and "stink", and if you get it on your hands or skin, and don't wash it off with soap immediately the smell is very hard to eliminate.

If you are still unsure of the purity of your fish oil, give the TriStar Naturals brand a try! It is a Canadian product that actually tastes good! (Not just tolerable, but good!) Optimum Health also stands by the purity of the other brands we carry, as we monitor them all, and are here to assist if there are any questions or concerns.