Is Magnesium a "Miracle Mineral"?

by blog optimumhealthvitamins on October 22, 2013 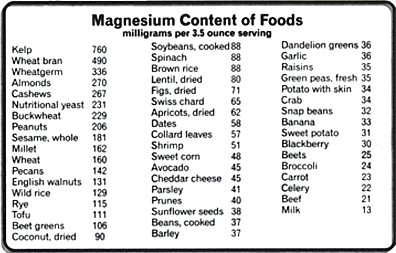 Sometimes called the miracle mineral, the vital nutrient – magnesium - has repeatedly proven itself to be the key in lessening the affliction of many modern day discomforts and disorders.

When we ingest healthy magnesium rich foods, we chew and swallow. Stomach acids act on the food, releasing magnesium and hundreds of other nutrients. The small intestine is the locus for much of the retention and transportation of magnesium. Remaining magnesium travels to the large intestine where the body retains a bit more. Generally we absorb about 50%, losing the rest as waste. Research shows that some of us absorb significantly less. Present day sees the use of phytic acid in the production of white wheat bread. Phytic acid interferes with magnesium acquisition. High dose zinc supplementation, high fibre diets, and /or inadequate protein consumption have also been found to adversely affect the uptake of magnesium.

Magnesium is available in several forms; a few of these are magnesium oxide, magnesium bisglycinate, magnesium chelate and magnesium citrate. Magnesium Citrate powder is considered to be the most absorbable.

Once readily consumed as part of the human diet via organ meats, seafood, green leafy vegetables, wheat germ, pumpkin seeds and almonds, the average modern diet is sadly lacking. Magnesium can also be absorbed trans-dermally, while soaking or bathing in magnesium salts, or during ocean swimming. It is now also available in topical lotions, sprays and gels.

The recommended daily allowance (R.D.A.), often considered low at best, is established at between 320 – 420 mg daily. Americans ingest approximately 250mg of magnesium daily and it is believed Canadians do not fare much better. Given this information one can discern that if one survives on a typical modern diet of fast food, refined foods, and highly chemicalized non-food “foods” it would not take much time at all to become quite magnesium deficient.

An essential player in sleep regulation, is it surprising that even seemingly insignificant
magnesium deficiency often results in sleep difficulties? Mark Hyman, M.D., recently stated, in a recent Huffington Post article, that “up to half of Americans are deficient in this nutrient and don’t know it.” Science has demonstrated fatigue may also be relieved through supplementation of magnesium. It is also well known to the medical community that magnesium deficiency relates to low levels of serotonin. The efficacy of many antidepressants is correlated to their capacity to increase magnesium levels in the brain. Another point of fact is that low magnesium levels are also found in Type 2 Diabetics. It is believed, based on scientific evidence, those deemed diabetic or “pre-diabetic” have greater stability of blood sugar levels and improved “insulin sensitivity” when magnesium is supplemented.

It is no trivial role played by magnesium. This mineral, abbreviated Mg on the periodic table is essential to the human body’s hundreds of biochemical reactions and processes. Without magnesium many of the metabolic processes would fail to occur, or fail to occur properly and nutrient assimilation and cellular activities would be significantly impaired, or simply would not take place.

Emily Deans, M.D., author of Magnesium and the Brain: The Original Chill Pill has stated “If your magnesium is too low, you can experience muscle cramps, arrhythmias, and even sudden death.”  It is absolutely required for muscle contraction and the messaging which our nerves and nervous system conduct. We learn from WebMD, studies indicate that “the average human body contains about 25 grams of magnesium, about half of that is stored in the bones.”

Magnesium supplementation has demonstrated usefulness in numerous conditions such as “Fibromyalgia, noise related hearing impairment, irregular heart beat and heart failure, high blood pressure, migraine, osteoporosis, PMS, restless legs, pre-eclampsia and eclampsia associated with pregnancy”, as indicated on the University of Maryland Medical School website.  It should also be noted, as advised by the University of Maryland Medical Center, “magnesium levels decrease during menopause”. This decrease is thought to account for the increased incidents of muscle pain which may coincide with menopause. Much may interfere with the availability of magnesium. Several medical schools include normal “aging, disease, stress, and illness” as impediments to magnesium absorption. For further information relative to conditions which impair magnesium absorption and assimilation please refer to the following website.

Modern medicine has brought us many life-saving drugs, much needed for the preservation of life.  It should be noted, however, that some pharmaceutical medicines interact negatively with magnesium, for example Aminoglycoside antibiotics such as Amikin, Garamycin, Kantrex, streptomycin, Nebcin and Quinolone antibiotics.

The absorption and utilization of other pharmaceutical medicines may be impaired when taken with magnesium; examples are Cipro, Penetrex, Chibroxin, Noroxin, Zagam, Trovan and Raxar.  It is suggested by WebMD data that this conflict may be avoided by allowing a few hours between taking the prescription and taking magnesium, allowing considerable time between, (2 to 6 hours between).  For further information of this type you are advised to read the information.

Given the importance of the mineral magnesium, is there really any valid reason that it should not be part of our daily supplement routine?  I can think of none, except where necessity dictates the use of daily prescription medication of the type previously mentioned. 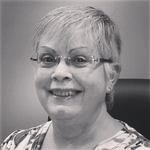