What to expect from your Calcium Supplement?

by blog optimumhealthvitamins on September 10, 2013 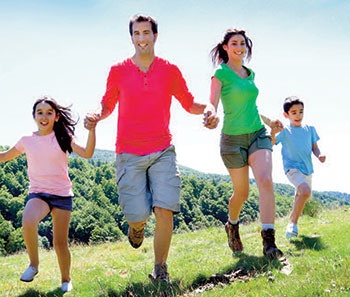 Calcium supplements are commonly used to reduce the risk of osteoporosis; however, higher blood calcium levels from supplementation are believed to lead to hardening of the arteries, which can cause heart attacks and strokes. Therefore, it’s critical that you consider other nutrients when taking calcium, especially nutrients that have a dual role in bone and cardiovascular health including vitamin K, vitamin D, B vitamins, zinc, silicon, etc.

In 2011, research published in the British Medical Journal suggests that regular use of calcium supplements will only marginally reduce the risk of fracture for osteoporosis sufferers. The study concludes that calcium supplements cause more cardiovascular events (such as heart attacks and stroke) than the number of fractures they prevent. When this study was published, the mass media reported this as “new,” when in fact, this is nothing new and has been known for quite some time. In addition, the researchers and media outlets interpreted this as: calcium is a killer! Of course they would. Fear sells.

Another recent study in the online issue of the journal Heart also suggests that calcium supplements might increase the risk of having a heart attack or stroke. As you might expect, there are concerns regarding the validity of the study itself; nevertheless, most in the clinical nutrition industry as well as many consumers acknowledge that bone is more than just calcium. In fact, the reason why many people do not receive a reduction in fracture risk from calcium supplementation is that taking calcium alone can result in dense, but brittle bones. Going back to calcium increasing the hardening of the arteries, the researchers and mass media have it all wrong. Of course, the conclusion that “calcium is bad” only makes sense if you’re using the conventional/modern medical paradigm of human nutrition which considers all nutrients in isolation, almost like drugs.

This is a mistake. It’s not that calcium supplements alone that are bad — those at risk of osteoporosis, or those who have it, should definitely continue to take calcium supplements. The problem is that most people are not getting enough vitamin K, and more specifically vitamin K2. There are vitamin K-dependent proteins in the bones and in the soft tissues, like the arteries. When these are activated in the presence of vitamin K, they can do their job with respect to calcium metabolism. In simple terms, vitamin K tells your body where to put all that good calcium.

Without enough vitamin K, your body will just throw calcium all over the place. When calcium is deposited in the arteries, it’s called “arterial calcification,” and this is now seen as the greatest predictor of a heart attack and stroke (more than cholesterol levels, blood pressure, age, family history, etc.). This is called the “calcium paradox” — where calcium ends up in the soft tissues and arteries instead of the bones — and it’s related to a vitamin K deficiency!  Vitamin K tells your body what to do with the calcium. It puts calcium into the bones, keeps it out of arteries and prevents calcium stones in the kidneys, among multiple other benefits.  Osteocalcin is the K-dependant protein produced in the bones.

When it’s activated by vitamin K, it pulls calcium into the bones. MGP (Matrix Gla Protein, the most potent inhibitor of soft tissue calcification currently known) is the protein for the arteries. When it’s activated by vitamin K, it prevents calcium from being deposited into the arteries. For this reason, it’s mandatory for everyone to take a calcium supplement as well as a vitamin K supplement. With the addition of this one essential nutrient, you ensure you’re getting the most benefit from the calcium supplements while preventing its negative side effects. Some “bone health” formulas will contain vitamin K, but most people just take a simple calcium or calcium-magnesium supplement.

So make sure you check the ingredient list of your calcium supplement — if it doesn’t contain vitamin K, go to the healthfood store as soon as you can and buy a K2 product.