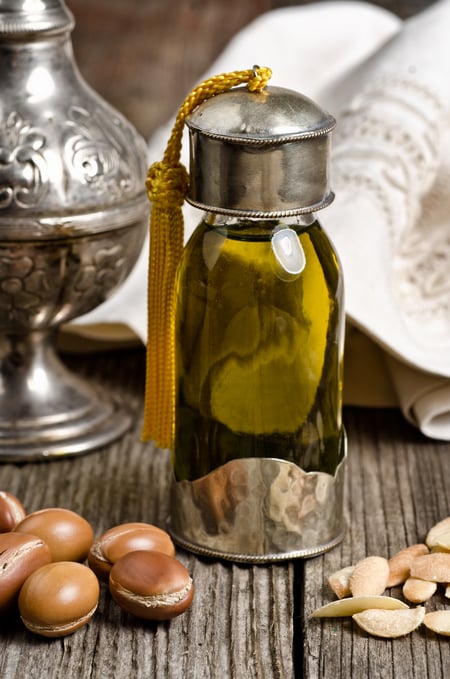 There has been a lot of recent media hype about a “new” skincare and hair product on the market called argan oil, but not a lot of people know what it is or how well it works.

Argan Oil: What is it?

Argan oil is produced from the kernels of the argan tree, which grows only in Morocco. This species of tree once covered North Africa completely but is now endangered and under the protection of international agencies. It remains one of the rarest oils in the world because of its need for specific growing conditions and geographical growing areas.

The harvesting of Argan oil is a very unique process itself.  Traditionally, goats who are very adept at climbing trees would scramble up there, eating the kernels themselves. Then Amazigh (indigenous) people would go through and collect the undigested but softened kernels in the goat’s waste, wash and grind them before pressing them into oil. Some sources suggest that current harvesting of the oil comes directly from the trees before a press extraction.

When purchasing argan oil, you can assure yourself that it is an ethical purchase. All argan sold today is produced by a women's cooperative that shares the profits among the local women of the Amazigh tribe. The cooperative has usually established an ecosystem reforestation project so that the supply of argan oil will not run out and the income that is currently supporting the women will not diminish, in addition to being environmentally-friendly. The money is providing health care and education to the local women, and supporting the entire community as a whole.

Argan Oil: How to use it

Cosmetic Argan oil works as a food for the skin. It has traditionally been used by Amazigh women as a beauty tool for centuries. It is an established fact that certain nutrients protect human skin against environmental  damage and other aging factors. Cosmetic  argan oil has nutrients in it that are recognized as very beneficial for curing different kinds of marks on the skin without side effects. This includes prevention and treatment of wrinkles, crow`s feet and the augmentation of elastin in human skin regardless of age.

In the case of pure, raw argan oil, you only require a few drops. For facial use, gently massage it into the face without much effort as it is very highly absorbable. It can be used in place of other freshening creams or lotions at night for helping with excessive dryness. On wrinkles and other scars caused by some skin disorders, the application of a few drops of argan oil several times per day is enough to get desirable results.

Argan oil has also been used for soothing the aches and pains of arthritic or rheumatoid conditions, and preventing stretch marks during pregnancy (as well as treating them).

Normally a 1:1 mixture of argan oil to lemon juice is used when apply it to nails. Dip your fingers up to the cuticles into the mixture for several minutes. This treatment once or twice a week is enough to give strength to breakable or flaking nails, and to help soften the shape of the cuticles. It can also be used on toes!

For use as a hair product, there are 2 ways to utilize the oil. First, about half an hour before you shower, apply argan oil to your scalp and throughout your hair. Gently massage your head with your fingertips to really work it in. To make sure the oil is evenly applied, use a brush or a comb to run through from the roots to the tips. Wrapping your oiled head in a warm towel for a while before taking your shower is even better. Then hop in the shower and shampoo away! You can also apply smaller amounts to wet hair after showering to give it a fresh look.

Culinary Argan Oil is used for dietary purposes and has a light smell coupled with a fine taste. It can be beneficial for modulating cholesterol levels from the very first day of consumption. It also helps modulate the immune system. In a number of trials conducted on rats, culinary argan oil was found to have a marked benefit to the regulation of the immune system, over and above that of sunflower oil, coconut and olive oil, which it was tested against.

The nutritional composition of argan oil shows that there are 8 grams of total fat, including 3.4g of monounsaturated fat, 3 grams of polyunsaturated fats, 1.4g of saturated fat and 3.4mg of proteins per tablespoon. It also contains two times the vitamin E of olive oil.

One of the yummiest ways to include raw argan oil in the diet is in the Moroccan version of “peanut butter” called AMLOU. Making homemade amlou is easy, much richer in antioxidants and healthy fats than anything store-bought and makes a tasty treat for you (and the kids!) without anyone being the wiser.

Soak almonds overnight in a mason jar. Cover with water. In the morning, drain the water and blend the almonds in a regular blender to make a chunky paste. The finer you can get them, the better!

Next, gradually stir the argan oil into the almonds, a spoonful at a time or in a very slow trickle. You can do this by hand, stirring vigorously, or with the blender on the lowest speed. (Note that the amount of oil in the recipe yields amlou with a traditionally thin consistency. Adjust the amount of oil to your own preference.)

Next, gradually add the warm honey, salt in the same manner. Taste the amlou and adjust the sweetness if desired. Some people add a few teaspoons of granulated sugar, but it may or may not be necessary, depending on your preferences.

Serve amlou on a small plate or dish with apples and other fresh fruit for dipping.

Amlou will keep for two months in cool, dark cupboard. Store amlou tightly covered in a jar, and shake or stir before serving. 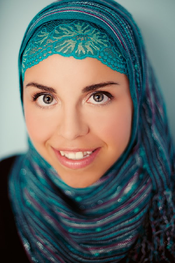