An Examination of the CBC's Continued Assault On Natural Health Products 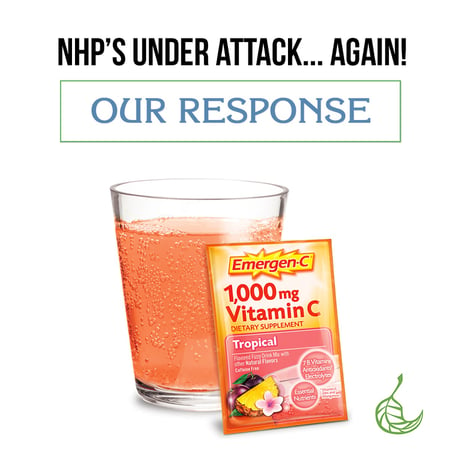 1.) ideas or statements that are often false or exaggerated and that are spread in order to help a cause, a political leader, a government, etc.

2.) the spreading of ideas, information, or rumor for the purpose of helping or injuring an institution, a cause, or a person

3.)  ideas, facts, or allegations spread deliberately to further one's cause or to damage an opposing cause;...

Since the 1950's the intellectual elite that form the establishment, representing conventional science, medicine, pharmaceuticals and healthcare have always had the same arguments against natural health products (NHPs). At first it was claimed that they were pure garbage...only sold by snake-oil salesmen...completely ineffective. But then scientific evidence for their value mounted, and people's experience with them was that they felt better, had more energy, got sick less, and in general were more healthy. 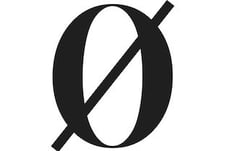 So then the argument switched from NHPs being ineffective to them being dangerous. But since poison control statistics started being kept in Canada in the 1950's, zero (0) deaths have ever been attributed to an NHP. So, this argument did not hold water for very long, especially since people kept getting good results with a myriad of health and wellbeing issues.  Meanwhile, scientific evidence for the value of natural health products has become increasingly sophisticated, showing at cellular and molecular levels just how and why the different vitamins, minerals and herbs are beneficial.

Depleted soils, herbicides, pesticides, and pollution make NHPs all the more relevant. So should we get all our nutrients and phytochemicals from food? Sure, if its not genetically modified and soaked in Round-up....which kills the friendly bacteria in your intestines, and sets you up for neurological disorders. And, yes, if you can eat the right foods all the time, which few of us do.

So now the argument against NHPs and why they can't be trusted has shifted to purity, i.e. that what is on the label is not necessarily in the product.  But what we need to be aware of here is the LUMPING EFFECT, i.e. to say that just because one Vitamin C produced by a pharmaceutical company whose primary goal is profit, did not meet its label claim, therefore means that all natural health products available in Canada are "suspect" is completely invalid. This is like saying that because Ladas are completely crappy cars, therefore all vehicles are crappy....obviously not a valid assumption. Yet, this is what the established media and science do over and over again. They try to lump the quality, purity and effectiveness of all NHPs together, when in reality, just like any other industry the standard of what you get can vary from product to product, and company to company.

Likewise, the degree and type of evidence that is available for any given NHP is going to vary. Just because there is scant evidence for an obscure South American plant, doesn't mean there is no evidence for the benefits of Vitamin D...and neither does it mean the the South American plant isn't effective! The advisability and benefit of the diverse group of NHPs in Canada needs to be assessed on a case by case basis, not lumped together and treated as all the same.

Among countries where the production of NHPs is not wholly owned and controlled by the pharmaceutical industry or corporate giants, (like it is in Europe for example), Canada has one of the most tightly regulated Natural Health industries in the world. And when it is said that "weak evidence" is accepted to approve an NHP, remember that this is appropriate for the situation, because these non-patentable products are desired, and used by 75% of Canadians, and the level of risk involved is no where close to that of pharmaceuticals...which are a leading cause of death and kill thousands of Canadians every year. If the standards were any more rigorous, even more of these non-patentable products would not be available, because the cost of the research can't be justified. Not to mention that they have been used for generations. Do you really think that a herbal concoction used for centuries should have to provide the same level of evidence as an extremely toxic drug?

And as for efficacy, did you know that Allen Roses, world-wide vice-president of genetics for GlaxoSmithKline, Britain's biggest pharmaceutical company, publicly stated most prescription drugs do not work the majority of the time, i.e. that less than 50% of people prescribed some of the most expensive drugs actually got any benefit from them? ...so how do THEY get licensed?

Remember that it is this same intellectual elite that had us all believing lock, stock, and barrel, that synthetic hormone replacement therapy did not cause cancer, that margarine is heart healthy and better than butter, statin drugs won't cause side-effects like diabetes, and on and on the list goes...all of which were proven patently false!. So why is it that the intellectual elite, with the media in tow, always get a pass when they are wrong? They just change their mind, shrug their shoulders, and move on to the next "truth" that they are beholding. Unfortunately, governments, science, and media are all now heavily impacted by corporate interests, (with the pharmaceutical industry being the most profitable in the world.)

So with CBC's latest two-pronged attack, (Marketplace AND The Fifth Estate both in one night no less) , all the above arguments are once again used to simply lump NHPs into the same group, presumably to discourage people from buying them. You have to wonder what the CBC's motive is, especially when the review is so lop-sided, as opposed to presenting the complete accurate picture...i.e. something journalists generally pride themselves on?

In some cases the benefits of natural approaches to health, including NHPs, can be profound and can go to the very origins of chronic disease. People's experience with them are now increasingly positive...balancing blood sugar, reducing inflammation, improving blood profiles, increasing strength, improving mood.. and the list goes on. If you choose your products and companies properly, NHPs can not only be trusted, but relied upon to help keep you well and in optimum health. You've got to think that the pharmaceutical industry with all its influence and connections would just love to control the whole industry...wouldn't you?

Over to you...what are your thoughts? Please leave your comments below.