Regarding carnitine, a common question is what is the difference between L-Carnitine and Acetyl-L-Carnitine? (For ease of reading in this article, Acetyl-l-carnitine will be referred to as ALCAR )

ALCAR exerts benefits on the brain and nervous system
The addition of the acetyl group on carnitine allows ALCAR to cross the blood-brain barrier and be absorbed into the brain. [1] ALCAR then enhances energy production in the brain and nervous system by improving the functioning of our cellular “furnaces”, the mitochondria, helping them to use oxygen to produce energy, and protecting from free-radical damage, thereby preventing cellular degeneration.

ALCAR not only increases production of an important mitochondrial membrane constituent called cardiolipin, (which functions like the insulation on a live wire), it also supports memory and alertness by aiding in the production of neurotransmitters such as acetylcholine and dopamine. [2] [3] [4] [5] This makes it appropriate consideration for anyone looking to improve overall brain status and performance, or to reduce aging in general via “mitochondrial maintenance”.

Protection from toxicity… Benefits for depression and diseases of the nervous system (Parkinson’s, Alzheimer’s, neuropathy)

Due, in part, to its ability to boost neurotransmitter production, several studies have noted significant positive results for the effects of ALCAR on depression. [6] Additionally, ALCAR can protect our brain from the damaging effects of toxins, including excess alcohol. [7] In another study, primates given a substance called MPTP, which normally damages brain cells and induces Parkinson’s disease, were completely spared these effects if they were treated with ALCAR first. [8] [9] ALCAR has been scrutinized for its application in Parkinson’s disease. [15]
ALCAR has also been shown to slow progression of dementia and/or Alzheimer’s disease, and improve performance for these patients on test challenges, as well as being helpful for preventing and/or improving diabetic neuropathy. [10] [6] [11] Fibromyalgia is another condition that has been shown to respond positively to ALCAR. [12]

ALCAR has synergistic anti-aging effects with Alpha Lipoic Acid (and other mitochondrial antioxidants like Coenzyme Q10, and N-Acetyl-Cysteine, etc.)

In some of the most popularized studies on Acetyl-L-carnitine, Bruce Ames et al administered a combination of alpha-lipoic acid and ALCAR to old rats and reversed many signs of aging, attributed to reversal of aging of their mitochondria. The results were improved cognition, energy, and physical appearance. It is the protection of the mitochondria and of its function that has prompted Ames and other researchers to suggest ALCAR and alpha-lipoic for the prevention of cancer. [4] [5]

Is ALCAR better than L-Carnitine, and how much to take? 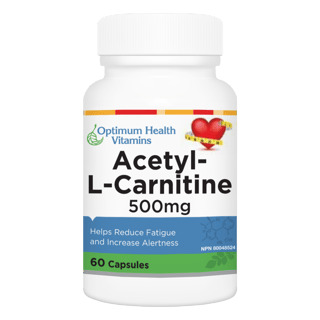 L-carnitine is quite poorly absorbed…(estimates are from 14 to 22%). Due to the acetyl group, Acetyl-L-carnitine is absorbed into the bloodstream somewhat better, but absorption is still limited. [13] For this reason, you will absorb more of either form if you divide dosing up through the day. But I still do not think ALCAR is better than L-carnitine, per se.  I believe that eventually L-carnitine will be found to be more active in the periphery tissues of the body, and for this reason, it is L-carnitine I recommend if someone is looking to mobilize fat, and/or for weight loss. But if it is energy, or brain and nervous system benefits that you are looking for, definitely try ALCAR, as carnitine has to be in its esterified (eg. acetyl) form to fulfill its role in the mitochondria.

Yet, in the end, as always, you have to go with the result, which no study can 100% predict for you. For example, interestingly, though out of the two I have more often taken ALCAR, I would have to say I notice a greater effect on my mood and sense of well-being, (tendency to laugh, etc.), when I add L-carnitine.

Though I have not found any studies that specifically look at the issue, due to transferase enzymes that move acetyl groups around, presumably either form can be converted into the other, and the body will convert as needed, though the ability to do this decreases with age

As for dosing, though some studies have used up to 4 grams of ALCARa day, most are in the 1-3 gram range, (i.e. 1000-3000mg). One gram taken twice a day is normally what I recommend for either form, but more may be appropriate for a more serious problem. Though it is often referred to (some say incorrectly) as an amino acid, as mentioned earlier, carnitine is actually much closer in form to a B-vitamin. Therefore, though it is usually recommended to be taken on an empty stomach, the benefit is not lost if taken with food. (This also applies to alpha-lipoic acid.) 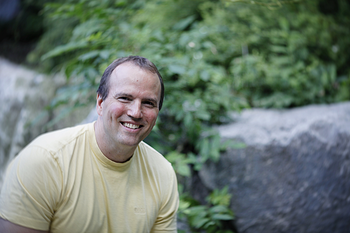