Why Viruses Make You Feel "Sick" And What You Can Do About It.

Since 2005 we at Optimum Health have been informing people that stress, whether mental, emotional, or physical increases inflammation, (think red, hot, and swollen). In turn, inflammation plays a role in a vast array of diseases and health challenges, not to mention just feeling lousy. Furthermore, because the hormone cortisol is a powerful anti-inflammatory, it is not necessarily the villain that many make it out to be. Rather, the real problem is the inflammation that necessitated the cortisol production to begin with. In other words, though prolonged exposure can be very problematic, cortisol is essential, and you would be in big trouble without it.

We have also long-since advised, and written many times, that it is inflammation that makes you feel sick when you are fighting a bug. This is why until recently, our Opti-Immune C & F, which we brought out in 2009, stated on the bottle: “Antiviral, Anti-inflammatory Immune Support”. Though this claim has now been changed to "Helps to Maintain Immune Function", it points to the fact that if you have a cold or flu, one of the best things you can do to lessen the effects, i.e. feel less "sick", is to use botanical anti-inflammatories. (Why botanical?...see below.)

Well, in a 2012 study, published in the Proceedings of the National Academy of Science, researchers showed that stress induces resistance to cortisol, (and its anti-inflammatory message becomes weaker). They showed that the more resistant to cortisol subjects were, the more inflammatory mediators they produced. And also that stressful events producing cortisol resistance, hence allowing for more inflammation, correlated with being more likely to catch a cold upon exposure to the virus.

In other words, the less able your body is to control inflammation, the more likely you are to contract a virus, and when the immune response becomes "runaway", excess inflammation ensues, and this what makes someone feel sick.
The lead researcher Sheldon Cohen has several interesting things to say. You can read about it: here, and here

But let me tell you where this is all going to lead. As I have discussed with thousands of clients since 2005 when we started using my model, called the Mitochondrial Maintenance Model, (or MMM), what will be “discovered” is that the actual reason you feel sick and tired when you’ve got a bug, or an allergy, or are eating too many carbohydrates and have high insulin, or are stressing-out…or any of the other multitude of things that increase inflammation... is that the oxidative stress that comes as part and parcel of inflammatory response interrupts the balance within your cells' energy producing furnaces called "mitochondria". They then stop using oxygen properly, energy production drops, and tissue dysfunction ensues...such as that sick and tired feeling! As we have asked a thousand times, "How many of your tissues function properly without energy? None of them! (This is particularly true of your nervous system, which is extremely dependent on oxygen to produce energy!)

Then, if your cells switch out of using oxygen to produce your energy, (aerobic metabolism), and go into what I call “mitochondrial silence”, they can move into producing energy the ancient way, i.e. fermentation, (anaerobic metabolism)…which doesn’t require oxygen. Not only is this an inefficient way to produce energy, resulting in extremely low energy production, (consider 2 molecules of ATP-energy produced, vs. 36), it also produces a waste product...lactic acid. Yes, this is the same lactic acid that is produced when you have exhausted your muscles and they start to burn. Yet remember, whether the lactic acid is produced because oxygen is depleted, or because your mitochondria simply can't use the oxygen that's available due to inflammation, the result is the same: a low-oxygen, acidic environment…something many diseases, including cancer, thrive in. (This is far from being a new idea.)

The lactic acid then adds to the oxidative load on the cell, and creates further inflammation and mitochondrial dysfunction, and this creates stress, and the cycle starts all over again. More accurately, you get locked into it, and around-and-around you go in a vicious cycle, until some action or influence moves things in the opposite direction.

Reversing the situation requires, in no particular order:

1. Alkalinizing your system with things like citrate mineral salts

2. Supporting your mitochondria with substances they directly need to function, like powerful antioxidants, and things such as Alpha Lipoic Acid, Coenzyme Q10, and Acetyl-L-Carnitine

For the immune response, this means above all else, (particularly for those living in Canada), take your vitamin D! Vitamin D is essential for the function of what are called your T-regulatory cells, which help keep both arms of your immune system in check…i.e. your cellular immunity, and your antibody-mediated immunity. In this way, Vitamin D helps keep your inflammation from getting out of control! Vitamin D also helps you produce anti-microbial peptides, which directly attack invading bugs! 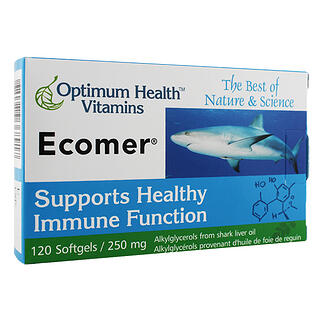 Other ways to balance your immune response, and keep inflammation in check include alkylglycerols from shark liver oil found in Ecomer, or the herb Astragalus (one of the main herbs in Opti-Immune C & F.)

Also, one of the most profound things you can do to control inflammation is to take what are called NRF2 activators. These botanicals exert effects on our cells that are dramatically anti-inflammatory, exponentially antioxidant, markedly up-regulate detoxification, and specifically enhance mitochondrial function...all of which are tied together and support healthy immunity! 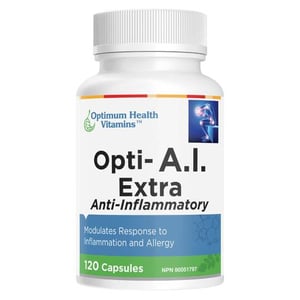 There are many herbal and botanical substances that act as Nrf2 activators, including EGCG from Green Tea, sulforaphane from broccoli sprouts, curcumin from turmeric, carnosol in Rosemary, Resveratrol, Quercetin, Boswellia, Alpha Lipoic Acid, Ginkgo, Garlic, and many others. (Our best combinations of them include Opti-A.I. Extra, and our Resveratrol formulations.)

As viral plagues become an ever-increasing concern, in light of such research as that discussed above, I see that warding off the debilitating effects of inflammation-weakened immunity with Nrf2 activators will become very relevant.
Be well.