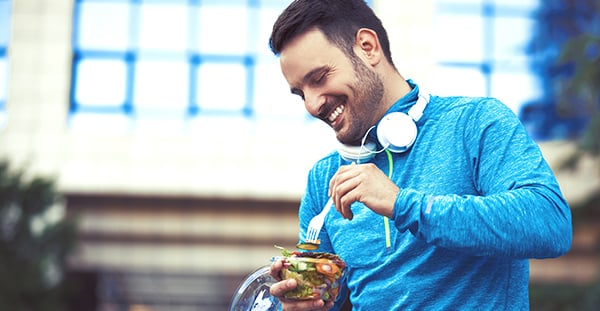 As our male population is aging prostate health becomes an increasingly common concern. The prostate is a walnut-sized gland found only in men, it produces a slightly acidic fluid that makes up part of the semen. The function of this fluid is to improve the health and motility of the sperm. The health of the prostate is very important for reproductive health as one can probably guess from its function. Problems with the prostate usually arise later in life, although they can arise at any age. There are two major concerns in prostate health, prostate overgrowth and prostate inflammation. These conditions are often connected. The most common type of prostate enlargement is known as benign prostatic hyperplasia (BPH).

The prostate can become enlarged as a result of trauma

Prostate enlargement is common among certain types of athletes and professions, for example cyclists, due to the nature of the seat. Long term cycling, especially with an ill-fitting seat can put undo stress and pressure on the prostate leading to inflammation and growth. The prostate can also become infected with certain bacteria leading to the prostatitis and growth. Prostatic infection is relatively rare, most prostatitis (approximately 95%) is non bacterial prostatitis. For the rest of the population who do not have a job or pastime that leads to prostate problems, most issues usually arise as a result of hormonal influences. Imbalances in estrogen and testosterone can lead to the development of BPH and prostate cancer. BPH usually leads long term to the development of prostate cancer but the incidence is not 100%. Prostate cancer is one of the most common types of cancer in men. In fact, it is speculated that the prostate cancer risk in men is 100% assuming they do not die of another condition before they develop prostate cancer.

Some of the earliest signs of prostate problems are difficulty starting urination, low urine flow, incomplete voiding of urine (having to pee again right after finishing), and  pain while urinating. If you have any of these symptoms it is important to have them evaluated by your doctor and receive an accurate diagnosis. Symptoms alone can be caused by other reasons so appropriate follow-up is required.

There are many treatment options available for men suffering from BPH. The most common of which is finasteride a drug that blocks the formation of Dihydrotestosterone (DHT). The trouble with a medication that blocks testosterone production is obvious and the most common side effect of this medication is impotence. The second most common side effect with this medication is low libido, things may function but the patient has no desire to use it. This is one of the main reasons many men will avoid this medication. Other medications are available that relax the smooth muscle in the penis making it easier to pee. These medications do not address the cause of the condition, they only manage the symptoms and have some significant side effects of their own related to the impact this has on the cardiovascular system. Many of these medications were originally designed to lower blood pressure but if blood pressure gets too low then the body cannot function optimally. Fatigue, lightheadedness and other symptoms begin to arise.

Luckily there are other interventions that work without all of the negative effects. There are a variety of herbs and nutrients that have been shown to have a benefit to prostate health. A balanced life with proper exercise and a healthy diet is important but you can also augment a healthy life with a few supplements.

Saw Palmetto (serenoa repens) and Nettle (urtica dioica) have been shown to be effective in managing BPH. This combination, with as little as 160mg of Saw palmetto and 120 mg of nettle was shown to be as effective as finasteride without the side effects. [1] The combination works best if taken long term, for periods of 6 months or longer.

If the problems with the prostate are due to hormonal imbalances one of the simplest therapies available that has a very low risk of side effects is Pygeum africans. This plant has an amazing anti-inflammatory and hormonal balancing ability that has been shown to control not just BPH symptoms but to actually shrink the prostate. Even with its hormonal impacts, it has been shown not to increase risk of prostate cancer. A review of studies on Pygeum showed an amazing 18% reduction in nocturia (need to pee at night) and 23% improvement in flow rate. [2]

Some of the simplest nutrients can even be very effective in adequate doses. Zinc for instance has been shown to be at reduced levels in the plasma and prostate of men suffering from BPH and/or prostate cancer. [3] A supplement containing both lycopene and zinc was used in patients with chronic inflammatory prostatitis and it was found to reduce prostate inflammation and improve symptoms. [4]

Another very basic nutrient found to have a significant effect on prostate health was vitamin B6 (pyridoxal acid). This nutrient was found to increase the survival of men diagnosed with early stage prostate cancer. [5] This is an area where more research needs to be done to determine a mechanism, but being such a safe intervention, B6 supplementation may prove the old saying “an ounce of prevention is worth a pound of cure”.