Is Vitamin D Right for You? 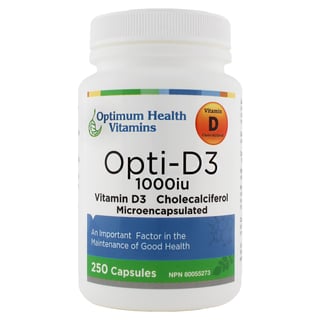 In recent years, the benefits of Vitamin D3 have been at the forefront of the natural health industry, especially in colder northern climates where people are unable to spend much time outside, resulting in chronic deficiencies. However, despite all of the attention that this vitamin has been given, not as much attention has been paid to it as an important cancer-fighter.

There have been numerous studies pointing to positive effects from vitamin D in cancer patients, specifically those with breast, colon, kidney, lung, prostate and ovarian cancer. Generally, this vitamin has been widely studied for its benefits on breast cancer prevention. However, more recent research suggests that vitamin D can help improve survival rates as well. Some research revealed that women with lower levels were more likely to develop more advanced breast cancers compared to those with higher levels.

Research carried out over an eight-year period in the 1980s on over 25,000 persons discovered that the colon cancer risk of those with normal levels of vitamin D was a massive 80% lower. The Journal of the American Medical Association reported a study involving over 3,000 persons which showed that higher vitamin D and calcium intake was linked to lower rates of colon cancer. Other research studies affirmed this correlation.

Research found that, when activated vitamin D was applied to ovarian cancer cells, the growth of those cells was significantly suppressed. Ovarian cells have vitamin D receptors which, when occupied, contribute to the inhibition of "growth-signaling pathways" in ovarian cancer cells. Research has also found that men who have more of this vitamin in their blood have a 50% lower chance of developing forms of prostate cancer which are aggressive as compared to men with lower blood levels.

Add to all of this, the mood benefits, plus endocrine and immune system balancing effects of Vitamin D and there is little reason anyone should exclude it from their supplementation regimen. It's inexpensive and a necessity, so make sure you pick some up today!

Related article:  Sunny-D – Why is Vitamin D so important?