How Gluten Intolerance May be Affecting Your Health. 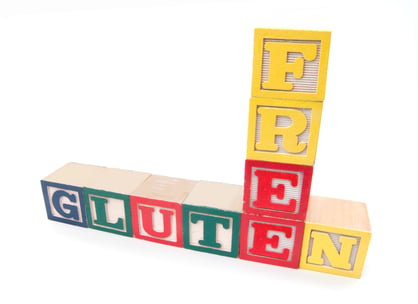 Gluten intolerance often gets a bad rap, sometimes scoffed at by non-believers as a made-up condition for people jumping on the gluten-free bandwagon.

While celiac disease is acknowledged as a serious problem for those diagnosed, the recognition is just not there for those dealing with gluten intolerance.

Gluten is one of the primary proteins found in the wheat family, which includes wheat, barley, rye, and spelt. It is a common misconception that oats contain gluten; they do not, but they are often processed on the same machinery as wheat so chances of cross-contamination are high.

The root of the growing rates of gluten intolerance is multi-faceted. Wheat has been bred to contain much higher levels of gluten than it ever has in the past. Gluten is not particularly easy for the body to break down in the first place, so these higher-than-ever-before levels can wreak havoc on our digestive systems when consumed in high amounts. Which brings me to my next point: Wheat is produced cheaply and abundantly, and consumed in much higher quantities than ever before. It is found in the majority of processed foods that make up our super markets, and this over-exposure to gluten has caused us to become overly sensitive to it. And while modern wheat is difficult to digest and over-consumed, most people’s digestive systems are already compromised in the first place due to factors that each and every one of us face on a daily basis, either directly or indirectly. Stress, antibiotics and medications, poor diet, caffeine and alcohol use, and polluted environment are just a few contributors. Lastly, conventional wheat crops are heavily sprayed with toxic pesticides and herbicides. Some people even argue that wheat is not the issue, the chemicals are. I do find it very interesting that people who react to North American wheat often have absolutely no problem with wheat when they travel to other countries. Personally, I believe it is a combination of all of the above factors.

Now, don’t get me wrong. I’m not some wheat-hater that tells everyone gluten is evil and should be avoided at all costs. I personally am no longer gluten intolerant, which is partly due to the fact that I take care of my digestive tract, avoid processed foods, purchase organic local grains, and eat wheat only occasionally. Wheat is not the culprit, our use of it is.

Though gluten intolerance may not seem like a big deal, it can be very harmful in the long run if wheat is not avoided. Those suffering from it are often unable to link their symptoms to a specific food, and may even be unaware they are intolerant in the first place. Let’s look closer at why this is.

IgG (immunoglobulin G) antibodies are what cause food intolerances. They cause a delayed reaction that is much more subtle than a “true allergy”, which is an IgE response causing an immediate reaction. In those with intolerances, symptoms may not appear until 24-48 hours after consumption of the offending food, and can vary greatly. Bloating, weight gain, fatigue, mood disturbances, anxiety, eczema, acne, behavioral issues, digestive disturbances, and brain fog are some of the more common symptoms that may be observed. Though intolerance can be developed to most any food, wheat and other frequently consumed foods such as corn and soy are most often the issue in North America.

Because those with intolerances are often unaware of which foods are contributing to their symptoms, individuals are less likely to change their diet and attempt to pinpoint what is causing the issue, or may not even be aware that a food can even cause these issues. When a person continues to consume an offending food (which, remember, is usually consumed often and abundantly), the health of their GI tract continues to degrade. Inflammation in the body can become ongoing and chronic, contributing to the development of disease later down the road.

So how do you know if you are gluten intolerant? The best thing to do is to listen to your body and the signals it gives you. An elimination diet can be done to pinpoint intolerances, or an IgG test can be ordered through a Naturopathic Doctor. While intolerances can sometimes be reversed, ultimately it comes down to healing your gut and eating the right foods for you.

For guidance with gluten intolerance or to determine which foods and supplements are right for you, call 780-467-6650 to book an appointment with me at our Sherwood Park location today.