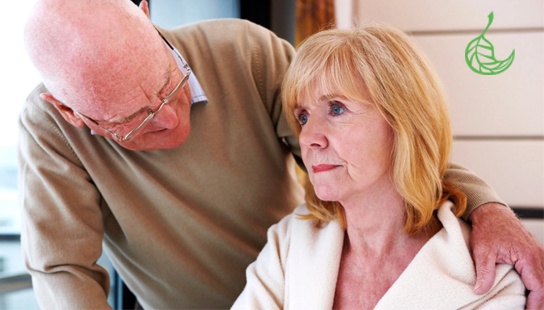 At Optimum Health we have always maintained that inflammation is more a cause of chronic disease, rather than the result of it...or more accurately it is both.

Inflammation often becomes “feed-forward”, creating a vicious cycle where it causes disease and dysfunction, which leads to further inflammation, and so on. It is the body’s attempt at defending itself gone awry, and in many situations is critically important to address. This was why in 2001 the very first product in our line was Opti-A.I. (Now updated to Opti A.I. Ultra) , a collection of what we considered to be the most important, far-reaching natural anti-inflammatories. 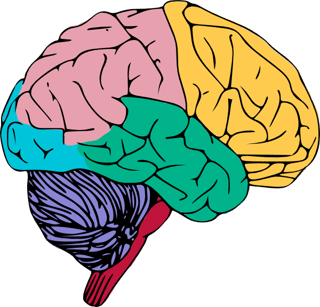 Further, we have always informed people that some of the tissues most affected by inflammation are the brain and central nervous system. A study published in January of this year in the journal Brain, showed an anti-inflammatory intervention not only attenuated development of Alzheimer's disease, but also calmed brain immune cells that were further adding to the inflammation. This was despite the fact that the number of amyloid plaques, the classical hallmark of Alzheimer's, remained unchanged. Simply reducing brain inflammation caused the following: improved symptoms, less brain deterioration, and a change in characteristics of immune (microglial) cells to being anti-inflammatory. The vicious cycle was broken.

Regardless of what factors initiate inflammation, once it gets going it becomes a cause unto itself, and a major force behind the dysfunctions that follow.

To drive this point home, consider the following: A substantive body of research indicates that a main contributing factor to developing AD or dementia may be infection by the herpes simplex virus (HSV1), which causes cold sores. (2) Yet there is also evidence that spirochete bacteria, the culprits behind Lyme Disease, can be a causative factor. (4) Further, there is evidence that AD can be caused by mould, (5), heavy metals like aluminum / nanoaluminum, (6,7), or mercury, (8).

You can add to this list of causations the physical trauma of concussion (9), and the mental/emotional stress of PTSD (Post Traumatic Stress Disorder), which has been shown to more than double the risk of dementia.(10) Diabetes and insulin resistance also make you far more likely to develop AD.(11) Additionally, autoimmunity, estrogen deficiency, obesity, and genetics have all been linked to AD. (12), (13) (14), (15)...and this is only a partial list..

So why would such a variety of factors all lead to Alzheimer’s? Because they all lead to inflammation of the brain, which can be deadly for your neurons.

Why is your brain so susceptible to the effects of inflammation?

By now, most of us have heard about all the problems inflammation can cause. Yet seldom is the link between inflammation and failure to utilize oxygen discussed, and this is particularly important when it comes to the brain.

Certain tissues can handle some oxygen deprivation, but not your brain. Its function is intimately dependent on aerobic metabolism, i.e. energy production using oxygen. Consider that without oxygen most of us only last for about 3 minutes before brain damage sets in.

Without oxygen our cellular furnaces, called mitochondria, can't produce energy, and without energy your brain cells dysfunction and die. Hence, it is critical to understand that when a tissue is inflamed, even if oxygen is present, you are unable to utilize it., (16,17)  Due to high levels of free radicals and oxidation that come with it, the greater the inflammation, the poorer the oxygen utilization and energy production.

It is safe to say that the brain cells of people with AD who sit and stare blankly into space are inflamed, and not producing a lot of energy. But this doesn't only apply to Alzheimer's. In fact, impaired ability to produce energy is considered an important characteristic of all neurodegenerative conditions. (18)  And I will go further, and say that these relationships apply across an extremely broad range of chronic diseases and dysfunctions.

So what’s the action step?

Besides the myriad of natural brain supplements, or “nootropics”, on the market, (which you will likely find are very individual in terms of what helps), two very "root cause" steps you can take to maintain a bright brain and healthy body are to reduce inflammation with a broad spectrum anti-inflammatory formula, and support your mitochondrial function.

Opti-A.I. Extra was formulated to contain an array of the most broad spectrum anti-inflammatory herbs, the majority of which act as Nrf2 activators. As we have covered before, [see previous article], Nrf2 activators bring about over 200 beneficial gene responses, including higher levels of powerful antioxidant enzymes, reduction of inflammation, better oxygen delivery, and increased clearance of lactic acid. Everything you want for more efficient mitochondrial and nerve cell function.

To further facilitate your brain's energy production, the substances Acetyl-L-Carnitine (ALCAR) and Alpha Lipoic Acid (ALA) have been shown to regenerate mitochondria: Acetyl-l-carnitine by increasing transport of fatty acids and energy output. And ALA by acting as an extremely versatile antioxidant to counteract free radical damage from within the mitochondria itself. (19,20)  In other words they stoke-up the furnace, while keeping the fire contained.

Co-enzyme Q10 is another well-validated supplement that is directly involved in aerobic energy production. And the substance called NAC, (or N-Acetyl-Cysteine) is a direct glutathione precursor...also a vitally important antioxidant produced within our cells that increases our mitochondrial efficiency.

At Optimum Health we have used various combinations of anti-inflammatories and mitochondrial aids for years to increase energy, improve metabolism, and protect neurological function. Most commonly, we suggest our Opti A.I. Extra with ALCAR and a CoQ10 & ALA combo. Yet there are certain neurological situations, (like Parkinson's for example), where increasing glutathione can be critically important, and NAC can be very useful.

When it comes to anti-aging effects and protecting optimal function of your tissues, particularly your brain, maintaining your mitochondrial function is key. By keeping inflammation in check, and helping you use oxygen properly these natural supplements can definitely aid you in this quest.

More to come on this topic...