Ester C: What Makes It Better? 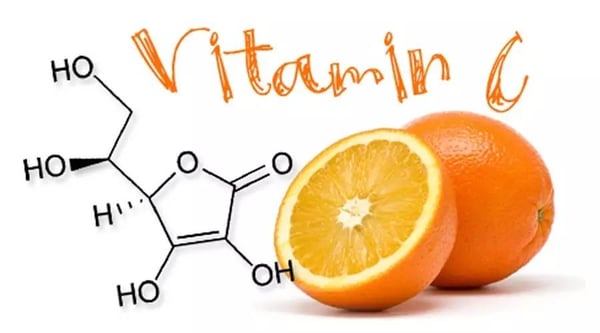 If you walk into our health food stores at any location of Optimum Health Vitamins, one thing you might notice is the gigantic vitamin wall that makes up the front part of the store. This is where we house all vitamins, and antioxidants that have been deemed relatively essential for sustaining life and health. A large section of that wall is devoted to every kind of Vitamin C that you can possibly imagine from ascorbic acid (vitamin C at its most basic chemical level) to plant-based Vitamin Cs like berry extract. It can be a bit daunting to decide, but there is one trade-marked type of Vitamin C that stands out from the rest and has a whole host of research behind it.

The philosophy behind Ester C® is simple: there is nowhere in nature that humans would find ascorbic acid on its own, without being bonded for stability to some form of . Ester-C® is Calcium Ascorbate, a unique, exclusive form of vitamin C. It is made using a proprietary, water-based manufacturing process that results in a pH neutral product containing naturally occurring vitamin C metabolites. These metabolites activate the vitamin C molecules, making it easier for the body to transport them from cell to cell for numerous health benefits.

One clinical study showed that Ester-C® increased vitamin C levels in the body. White blood cell levels of Vitamin C were elevated in subjects receiving Ester-C® when measured after dose. The presence of key metabolites such as may contribute to this increased level and retention of vitamin C by the cells.

is buffered with the mineral calcium to neutralize its pH and for ease on the digestive system of people sensitive to acids. Some people find that their stomach becomes irritated when taking regular forms of vitamin C. But Ester-C's® unique metabolite is non-acidic and stomach-friendly.

In one published study, individuals sensitive to acidic foods were given one gram of vitamin C as ascorbic acid or as Ester-C.® Subjects reported heartburn "significantly more frequent and severe after intake of ascorbic acid" and subjects rated Ester-C® as tolerated "very good" significantly more than ascorbic acid.² So for anyone who has difficulty tolerating vitamin C, it's comforting to know that Ester-C® is non-acidic and gentle on the stomach.

According to the Livestrong foundation, as Ester-C is manufactured, a combination of mineral ascorbates and metabolites of ascorbic acid form. These metabolites, such as , undergo structural changes and are a reduced version of vitamin C that the body recognizes and readily absorbs. Less time and energy devoted to in the intestines results in more efficient absorption. Ester-C also enables ascorbic acid levels to circulate longer in the blood. Studies at the University of Mississippi show that there is ascorbic acid loss in urine with Ester-C compared to other supplemental forms of vitamin and that it remains active in the white blood cells for 24 hours.

Because Ester-C is absorbed so well in the body, it's a more efficient supplemental method of allowing ascorbic acid to positively affect the body. A primary role of ascorbic acid is an antioxidant, which eliminates free radicals produced from a variety of biochemical and metabolic reactions. Left unchecked, free radicals damage healthy cells by oxidation, which contributes to the aging process and diseases. Antioxidants like ascorbic acid also mitigate the effects of environmental toxins.

Another essential role of ascorbic acid is maintaining an effective immune system. The Linus Pauling Institute at Oregon State University cites studies that demonstrate ascorbic acid is an essential component of immunity by stimulating phagocytosis activity and the production of interferon, which protects cells against viral infection and cancer. Ascorbic acid also stimulates of white blood cells, including killer-T cells, which are the attacking element of the immune system. Supplemental vitamin C, such as Ester-C or More Than C, also increases antibody levels in the serum.

To order Ester C in North America, visit our webstore