There is nothing fun about headaches or migraines. As a former migraine sufferer, I know all too well the sensitvity to light and sound that can accompany the feeling of a railroad spike being driven through your eye. I tried many natural and pharmaceutical substances to get rid of my migraines and did find some relief, but as a daily occurrence, they never failed to show up. I wasn't addressing the root cause of these debilitating episodes and it was affecting my lifestyle, my outlook and my happiness.

What I came to learn is that there are a number of widely-accepted food and lifestyle triggers that can cause the onset of a migraine. And if you are consuming those foods on a daily basis, then the migraine itself can rear its ugly head daily as well ! Surprise, surprise !

1. Tyramine-rich foods : Tyramine is found naturally in some foods such as aged cheeses, smoked fish, cured meats and certain types of commercial beers. Tyramine is called a monoamine and as such is broken down by the natural enzyme in the body called monoamine oxidase. However, a lot of people who take MAO inhibitors for depression or have a deficiency of the enzyme are unable to process monoamines like tyramine properly. Surpluses of the substance in the blood stream raiseblood pressure and cause migraines.

2. Dehydration : Lack of water is commonly cited as being a trigger for migraines as well – particularly water that is properly and naturally mineralized to a slightly alkaline pH. Most people are not drinking anywhere near the correct amount of water daily (at least 2.2 litres on average) and are also consuming foods and drinks that act as diuretics and leach water from the system. Replenish daily and add trace mineral drops if you are suffering from migraines.

3. Nitrates : One of the most common food triggers in clinical studies is hotdogs or deli meats. In addition to often being smoked and containing tyramine, they are also preserved with nitrates that tend to dilate blood vessels, raise blood pressure and trigger a migraine in this way.

4. Alcohol : Let's face the facts - alcohol is an intoxicant, meaning that it creates toxic byproducts in the body that affect our motor skills and capacity to reason, among many other side effects. By consuming it, people are knowingly placing an extra burden on their detoxification systems and the byproducts of alcohol consumption can lead to migraines. Not only that, but alcohol also dehydrates and increases blood flow to the brain which is associated with increased blood pressure and the induction of migraines as well.

Note : There is no difference between the types of headaches and migraines and their causes in adults as in children. Children suffer from these painful episodes in the same way as their adult counterparts, but their treatment options are significantly limited in comparison. For children, it is best to stick to homeopathics, minerals and herbal remedies after you have consulted a qualified natural health practitioner.

For me, the biggest issue was a food allergy to eggs that resulted in excess levels of inflammatory chemicals in my digestive system on a daily basis. The indigestion caused me to grind my teeth on a nightly basis and the tension and hypertension in my circulatory system lead to daily migraines. Consider getting tested for food allergies or doing an elimination diet if all else fails to eliminate those triggers and live migraine-free ! 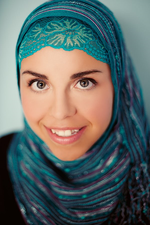