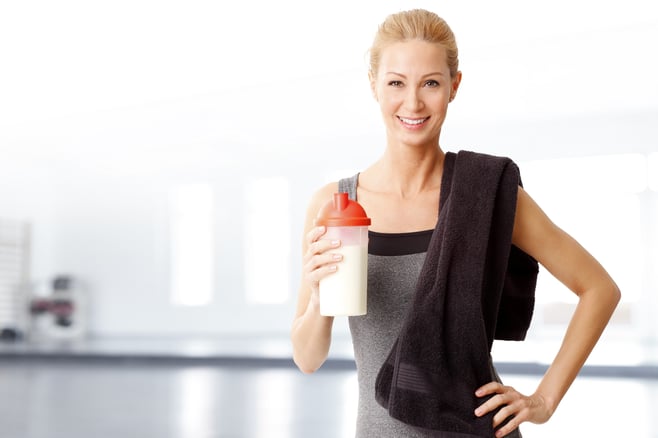 With obesity rates spiraling across the globe, encouraging our bodies to burn fat as a source of fuel is an increasingly important consideration. But this is true in many more aspects than you might suspect. Fat is a rich source of energy, but in order for your cells to burn fatty acids, you need L-Carnitine to transport them into your cellular furnaces called mitochondria .

Picture conveyor belts carrying fat, carbohydrate, and protein into your mitochondrial furnaces. Carnitine tips-up the fat conveyor helping you burn more, and to mobilize triglycerides and free fatty acids from the blood and body stores.

However, L-Carnitine is not just for burning fat, and it is extremely well studied! Over 20,000 studies have been performed indicating that carnitine prevents:

Also, counter to what is commonly stated, according to the researcher that performed the landmark study, carnitine does not negatively impact thyroid status. No safety issues have been documented with the use of L-carnitine. (Unless specified, “carnitine” in this article refers to the L-form, which is the only form the body uses. The D-form is toxic.)

It may sound hard to believe that one substance can exert all these benefits, yet they stem from carnitine’s central role in fat metabolism, and from its roles as an antioxidant, and in mitochondrial energy production. There is perhaps no better example of a substance that benefits us dramatically when our levels are optimal, versus just being sufficient to avoid clinical and/or functional deficiency…i.e., having enough to thrive, versus just survive.

Though carnitine is very “vitamin-like”, (it closely resembles the B-vitamins, particularly choline), it is technically not classified as a vitamin, because it can be manufactured by the body. Still, up to 75% of the carnitine in the body is normally derived from the diet. Dietary sources of carnitine are from animal protein, and include red meat (particularly beef), seafood, other meats, and dairy products. This means vegetarians, particularly vegans who eat no animal protein, are at high risk for a functional deficiency… meaning they may not be clinically carnitine-deficient, but they would reap many benefits if they had more. Further, because one of the enzymes required for synthesis does not develop until approximately the age of 15, vegetarian kids are at particular risk of functional deficiencies.

Carnitine is made in the body from the amino acids lysine and methionine, and requires the breakdown of over 30 grams of muscle protein to produce 1 gram of carnitine! Hence sub-optimal carnitine status can be very hard on your muscle mass. This process also requires iron, vitamin C, pyridoxine (vit. B6), and niacin (vit. B3). A deficiency of any of these co-factors will inhibit production, and can also result in a carnitine deficiency. It is true that if you are eating a fair bit of animal protein, and your levels of carnitine are topped-up, supplementation is not necessary, but for so many subgroups in the population this is simply not the case.

In addition to vegetarians, those who may do well to consider supplementing L-carnitine include:

1.) Those looking to burn more fat, reduce triglycerides, and/or improve their cholesterol profile. This applies to both the fat you are eating, and body stores. Yet, remember your body will most always preferentially burn carbs if they are available. Just like wood that is still green, fat provides a slower, longer-lasting burn, and it’s harder to get started…as opposed to carbohydrate which is like burning newspaper. For this reason, L-Carnitine works better to burn fat when a lower carbohydrate diet is being followed, and of course, exercising.

3.) Those seeking better energy production - Fat contains over twice as much energy as either protein or carbohydrate, and if you can metabolize it efficiently it increases energy levels and stamina. Further, carnitine’s antioxidant properties enhance the efficiency of your mitochondrial furnaces by regenerating alpha lipoic acid, sparing glutathione, increasing production of something called cardiolipin, and transporting waste products out. These properties are some of the most relevant when it comes to carnitine’s anti-aging effects.

4.) Those seeking better heart health – the heart derives over 70% of its energy by burning fats through a process called beta-oxidation. As with all muscles, optimized carnitine levels provide for better ATP production, resulting in stronger heart contractions and a higher blood volume ejected with each beat. One of the main effects of carnitine deficiency is cardiomyopathies, and/or congestive heart failure.

5.) Those seeking to gain and/or retain muscle mass. Carnitine exerts both an anti-catabolic effect on muscle, preventing breakdown, plus an anabolic effect, encouraging muscle growth. By inducing an enzyme called “Nitric Oxide Synthase”, carnitine increases production of Nitric Oxide (NO), which relaxes and dilates arteries. This improves circulation and oxygen delivery, as well as decreasing oxidative stress and muscle damage. Therefore it can be helpful for anyone looking to decrease muscle soreness, including not just athletes, but “weekend warriors”, or those shoveling their driveways as well.

6.) Those seeking to relax their arteries, thereby reducing hypertension. Since carnitine enhances the production of nitric oxide, and this in turn relaxes the smooth muscle in our arteries, it can have a positive effect on hypertension.

7.) Those dealing with anemia. Because carnitine is involved in preserving the stability of red blood cell membranes, low carnitine status often accompanies anemia. For those with anemia who are unresponsive to increasing their iron intake, carnitine is a definite consideration.

8.) Pregnant women…good for mother and baby – Forming a child greatly uses up the mother’s reserves of carnitine, yielding her less able to burn fat, and hence, more likely to develop gestational diabetes due to the increased free fatty acids in the blood, (not to mention being tired). It also benefits the baby, yielding better maturation and development, particularly of the lungs. So, not only is carnitine safe for pregnancy, it is highly recommended, particularly in high-risk pregnancies such as twins where the chance of pre-mature delivery is increased. Additionally, animal studies suggest that carnitine may be helpful in preventing spontaneous natural abortion, i.e. miscarriage. Carnitine researcher and expert Stefan Siebrecht, PHD recommends supplementing in the 2 gram per day range (see reference 3 above).

9.) Those dealing with gout – Carnitine can help reduce gout  by reducing activity of Xanthine oxidase, an enzyme involved in the production of uric acid.

10.) Those dealing with fatty liver – Carnitine helps a fatty or cirrhotic liver not only by enhancing its ability to metabolize fat, but also by lowering ammonia levels, and supporting the liver’s ability to regulate bloodsugar.

11.) Those undergoing dialysis – This is a well established application for carnitine as the kidneys are one of the primary sites, (along with the liver), for the body’s own internal production of carnitine. In addition, the dialysis itself removes carnitine from the blood. These factors mean dialysis patients are at high risk for carnitine deficiency, and should be supplementing. 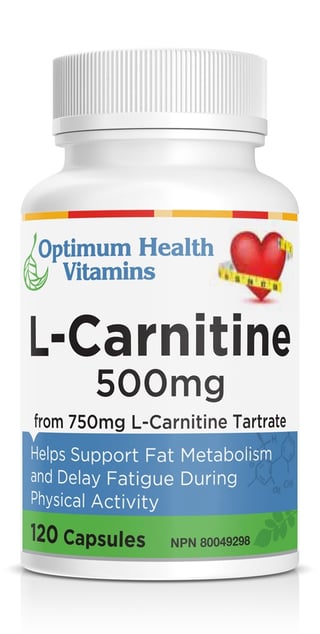 For those interested in supplementation, the dose generally recommended is 1-3 grams per day. Because the amount the body absorbs from the GI tract is fairly low, spreading it throughout the day will have a greater impact in raising body levels. My recommendations for supplementing carnitine have always been 500-1000mg twice a day, in the morning and the afternoon. Taking carnitine at night may result in increased energy levels when you don’t want them.

Read Part Two: What is the difference between L-Carnitine and Acetyl-L-Carnitine?

In part 2 ( via link above) we consider acetyl-l-carnitine, i.e. its effects on the brain and nerves, on fertility, studies showing its potential benefits for cancer patients, and more. It will also cover the differences and similarities between L-carnitine and acetyl-l-carnitne, issues regarding carnitine purity and the toxic D-form, and review the issue of whether carnitine in fact does inhibit the effect of thyroid hormone. For those who do not want to wait for this discussion, please refer to the second interview with Dr. Benvenga in reference number 3 above, (though be aware, due to accents and slight language barriers, you do need to listen carefully to these interviews.)

Until then,
Cheers!
John 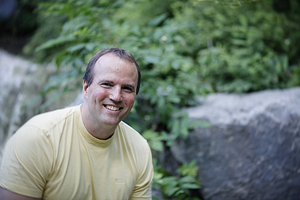