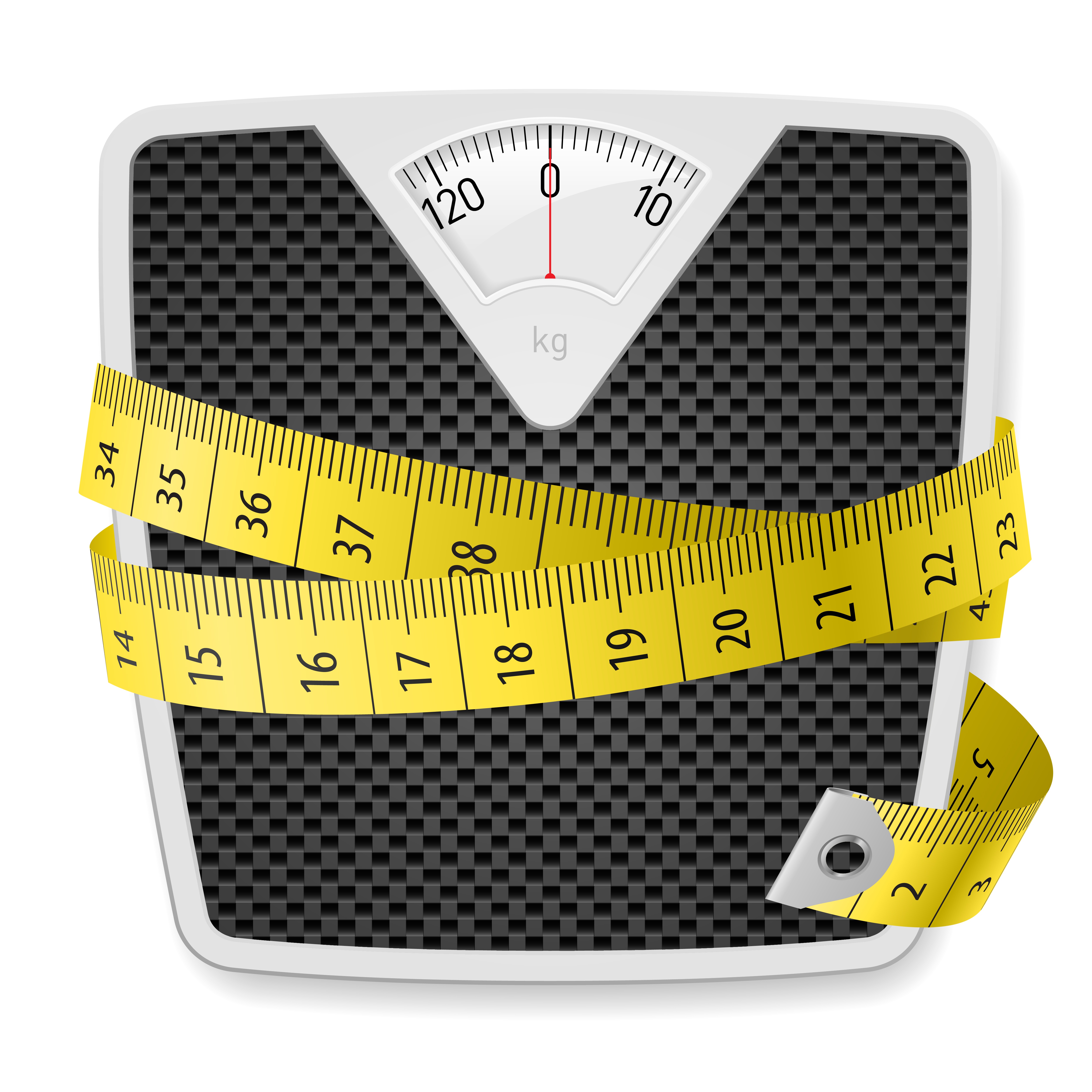 Eating disorders have become rampant across the globe, especially among Westernized populations whose cultures prize thin, models in the saturated advertising world.

Young women and men striving to achieve an “air-brushed” body ideal, end up in a vicious cycle of starvation,binging, purging, or some combination thereof. Six percent of people with eating disorders die each year from self-inflicted starvation and disorders associated with dietary intake Without treatment, up to 20 percent of of people with serious eating disorders will die. The mortality rate associated with anorexianervosa alone is 12 times higher than the death rate of ALL causes of death for females 15-24 years old.

But eating disorders may not just be created from a specific set of societal pressures artificially imposed on a person from the outside. There is growing evidence that eating disorders are linked to psychological disturbances such as bipolar disorder, obsessive compulsive disorder and other neurological issues. What, in fact, manifests itself as a malignant cultural phenomenon is actually linked to deeper nutritional issues that feed forward on themselves to create a continual process of self-annihilation. While, in North American society, this may manifest itself as self-starvation or self-inflicted vomiting, in other places of the world, similar underlying causes can bring about other psychological or physical issues irrelevant of food. Perhaps, as a culture, with all of our artificial edifices and altars made in worship of impossible body images, our sicknesses take on a uniquely North American color. But at the root of it all, there are key physiological factors that need to be addressed to understand why this manifestation occurs.

In this article, we will look at the various types of eating disorders and how to recognize symptoms of these in yourself and others. We will also address underlying nutritional issues that exacerbate compulsive psychologies, and how all of this is cumulative for someone suffering from an eating disorder. What effect starvation, binging, and purging have on the body will also be addressed, and of course, what supplements and lifestyle changes can be made to ease the transition back into a healthy relationship with food and the self, post-medical-intervention.

What is an Eating Disorder?

Eating disorders refer to a group of behaviours that are characterized by abnormal eating habits and may or may not result in the intake of excessive or insufficient food. This can be detrimental to the person's physical and mental health and often borders on being a full-blown addiction. Though the demographic that eating disorder most often affect are females, males can suffer from them as well. Though the occurrence of eating disorders continues to grow all over the world, the highest risk group for developing them are Western women. It is estimated that almost half of all Americans know someone with a full-blown eating disorder.

Though the precise causes of eating disorders are obtuse and relatively unknown, there are many factors involved in the development of an eating disorder that can contribute to its occurrence. Firstly, it is thought that other medical condition are linked to eating disorders, particularly ADHD.Other conditions include PTSD, sexual trauma, being a foster child and potentially genetics.

The big three are as follows:

• Anorexia Nervosa: characterized by refusal to maintain a healthy body weight, an obsessive fear of gaining weight, and an unrealistic perception of current body weight. However, some patients can suffer from Anorexia nervosa unconsciously. These patients are classified under "atypical eating disorders". Anorexia can cause menstruation to stop, and often leads to bone loss, loss of skin integrity, etc. It greatly stresses the heart, increasing the risk of heart attacks and related heart problems. The risk of death is greatly increased in individuals with this disease.

• Bulimia: characterized by recurrent binge eating followed by compensatory behaviors such as purging (self-induced vomiting, excessive use of laxatives/diuretics, or excessive exercise). Fasting and over exercise may also used as a method of purging following a binge.

• Binging: or 'compulsive overeating', characterized by binge eating, without compensatory behavior. This type of eating disorder is even more common than Bulimia or anorexia. This disorder does not have a category of people in which it can develop. In fact, this disorder can develop in a range of ages and is unbiased to classes.

Genetic: There is a possible connection between genetics and a predisposition to developing an eating disorders. Studies have shown that it is not necessarily certain that someone will develop an eating disorder if they exhibit the Mendelian inheritance, however studies show that it is significantly more likely.

Biochemical: Eating is controlled by a complex process involving the hypothalaus-pituitary-adrenal axis, specifically the production of neurotransmitters, hormones, neuropeptides and amino acids that control appetite, mood, depression and control issues.

Leptin and Ghrelin: Leptin is a hormone produced mainly by fat cells in the body and has an inhibitory effect on appetite, including induction of the feeling of saiety.  Ghrelin induces the appetite and is produced in the stomach and the upper part of the small intestine. Adequate and appropriate levels of both hormones are needed in the maintenance of weight  and  fluctuating levels of either have been implicated in the pathology of anorexia and bulimia nervosa.

Autoimmunity: There are several studies that show that a majority of anorexia patients actually exhibit signs of autoimmunity, in which their own immune cells attack hormones and neuropeptides that regulate appetite. There is increasing evidence that autoantibody levels are directly associated with specific psychological traits.

Brain Lesions: In trauma patients, it has been shown that lesions on the frontal or temporal lobe of the brain can induce pathologicak symptoms exactly correlating with an eating disorder irrelevant of genetics or environment.

Child Abuse -  Again and again, child abuse has been show to precipitate a number of psychological issues including eating disorders. This includes physical, psychological and sexual abuse, as well as neglect. In a study done in New Zealand 25% of the study subjects in foster care exhibited an eating disorder.

Social Isolation - Isolation in the social realm can have detrimental effects on nearly all areas of a person's psychology and includes a major associated risk of stress, depression, anxiety and increased mortality. Sometimes individuals compensate these feelings with abnormal eating patterns. In a study out of 2007, researchers Waller et al. argued that both bingeing–vomiting and restriction are emotion suppression strategies, but they are just utilized at different times. For example, restriction is used to pre-empt any emotion activation, while bingeing– vomiting is used after an emotion has been activated.

Peer and Cultural Pressure - Parental patterns of eating and levels of love can directly affect a child's eating patterns and the possible development of an eating disorder later in life because of the close proximal relationship. In fact, often the influence of the parent is forgotten as entrenched patterns of food consumption or otherwise become part of the hardware of a child later in life. In numerous studies, peer pressure has been shown time and time again to be a significant contributing factor to body image issues and attitudes regarding the consumption of food among teens and those in their early twenties. According to one study, 40 percent of 9 and 10 year old girls in North America are trying to lose weight already. Many people often blame the western culture on increasing pressure to achieve unrealistic levels of thinness among young girls, and the influence of the media in particular. This may be correlative but it is not necessarily causative as time has shown that eating disorders are developing in other areas of the world free from such cultural pressures.

How to Get/Give Help (Intervention)

When it comes to staging an eating disorder intervention, there are a few steps that it is best to take in order go about things in the best possible way. According to the Centre for Hope, this is as follows:

How to Help Yourself (Recovery)