8 Signs You May Need To Supplement With Digestive Enzymes 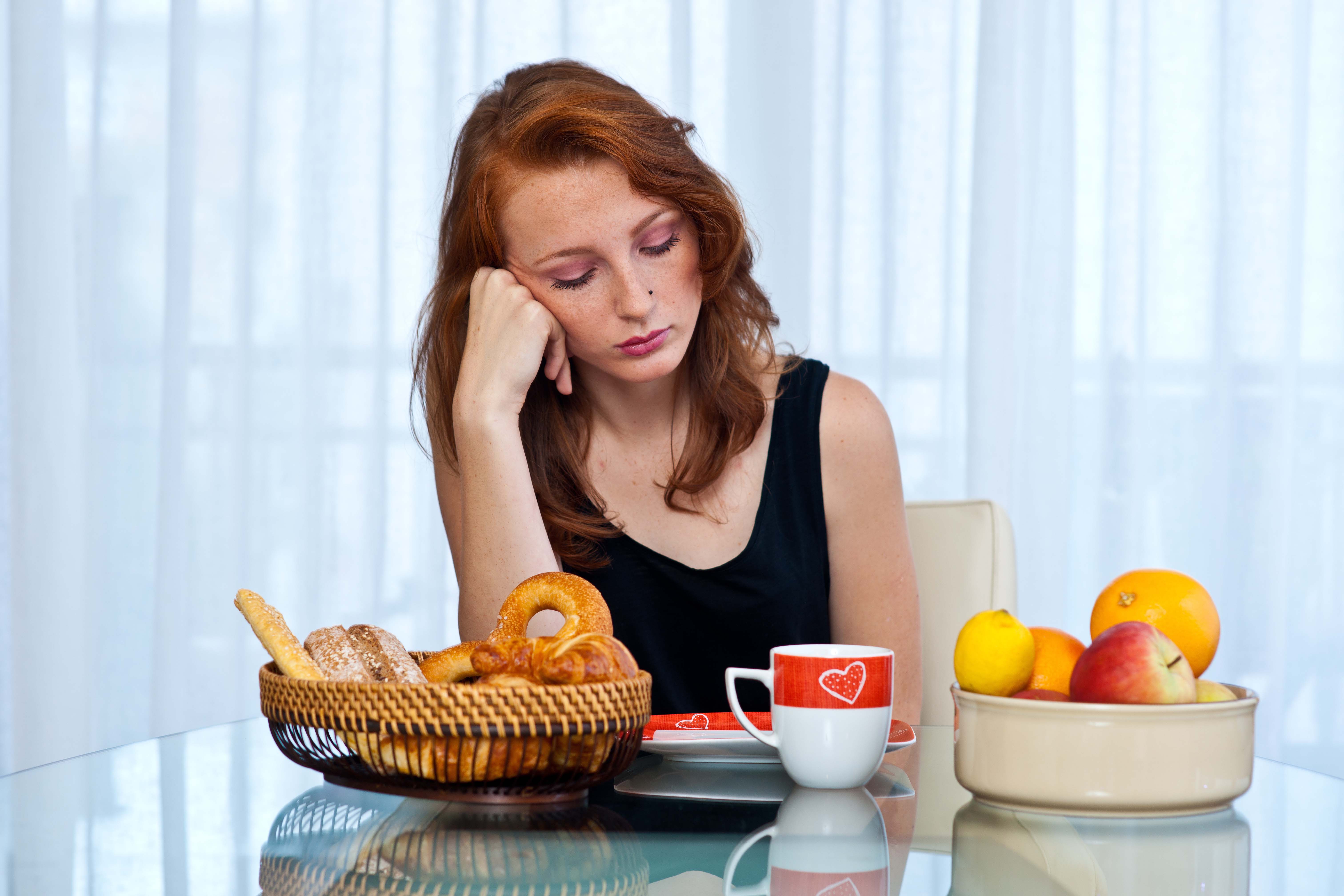 “You are what you eat.” It’s a common saying that you have all likely heard. In the nutrition world though, the saying is different. Instead we say, “you’re not what you eat, you’re what you absorb”. And it’s true. You could eat the healthiest foods in the world, but if you’re not absorbing the nutrients, you will not be healthy.

Digestive concerns are rampant today. They are accepted as the norm; take antacids for heartburn, medications for indigestion, and don’t give it another thought. But digestive issues are not normal, and they should not be ignored. By ensuring you are digesting your food properly, you can get to the root cause of digestive symptoms and feel better than ever.

The human body produces digestive enzymes for the purpose of digesting food. The majority of our digestive enzymes are produced by the pancreas and released into the small intestine via pancreatic juices. These enzymes break the bonds between particles of food, allowing us to absorb those nutrients in their smallest forms. For example, a complex carbohydrate is essentially a long chain of simple sugar molecules. When you eat complex carbohydrates, enzymes break the long chain into its smallest components, glucose, which the body then absorbs and can use for energy.

It’s pretty cool stuff, but unfortunately many people today are enzyme deficient due to factors such as emotional and physical stress, poor food choices, and over-eating. If you experience any of the following signs, you may benefit from supplementing with broad spectrum digestive enzymes.

1. EATING WHEN STRESSED OR IN A HURRY

I mean, who doesn’t these days? But really, it’s an awful habit that is more detrimental to your health than you may think. 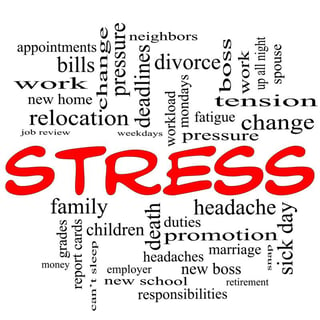 I begin with this topic because this is where digestion begins. In fact, digestion begins even before food enters your mouth. The smell of that delicious meal cooking on your stove top, the sight of visually appealing food, even just imagining how your meal will taste – does it make you salivate? If so, then good! That is the beginning of your digestive process. Your senses help prepare your body to receive food. You begin to salivate, your stomach begins to produce gastric juices, and just like that the digestive process has already begun. Your saliva actually contains some digestive enzymes, so even as you chew your body begins to break down the food you’re eating.

Eating while under stress or in a hurry puts a damper on this process. If you find yourself mindlessly scarfing something down while you’re rushing to your next commitment, your body is not prepared to receive that food. If you are under stress, your sympathetic nervous system is working overtime, but your body only focuses on digestion when in “rest and digest” parasympathetic mode. In either situation, your body doesn’t realize it’s about to receive food and is unable to produce sufficient gastric juices or enzymes, leading to incomplete digestion.

When you’re not paying attention it is also easy to overeat, which is another massive strain on your digestive organs. Your body can only handle so much food at once. Any more than that, and digestion will not properly occur. Eat smaller meals more frequently, and supplement with digestive enzymes for larger meals.

Sit down and enjoy meals, chew slowly and mindfully, and be thankful for the food that is about to nourish your body. Doing so will also give you a better ability to listen to your body’s signal that you’ve eaten enough; stop when you’re satisfied. If you’re having a particularly stressful day, take a digestive enzyme before eating to assist your body’s digestive processes. 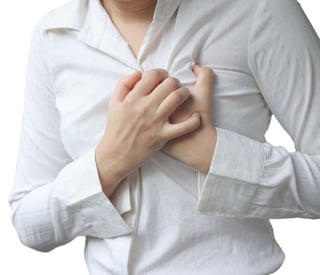 Contrary to popular belief, heartburn is 9 times out of 10 actually caused by too little stomach acid, not too much. It seems counter-intuitive because it results in an acidic burning sensation in the esophagus, but there is an explanation for this. Your stomach has two sphincters: the lower esophageal sphincter (LES) separating the esophagus and the stomach, and the pyloric sphincter, separating the stomach and the small intestine. Food will only be released into the small intestine when it reaches the proper pH level. When there isn’t enough stomach acid, food can stay in the stomach too long and begin to ferment, causing gas to build up. When the contents of the stomach are not yet the proper pH to be released into the small intestine, the body will instead open up the LES to relieve the excess pressure, simultaneously allowing acid to splash into the esophagus creating that familiar burning sensation.

So you see, stomach acid is your friend. Instead of neutralizing it with antacids, take a broad spectrum digestive enzyme containing HCL to correct the pH of the stomach and support digestion. In a pinch, biting into a lemon or drinking a few teaspoons of apple cider vinegar can do the trick, but if you’re prone to heartburn try taking enzymes preventatively before meals.

Indigestion, also termed dyspepsia, is a broad term that includes various digestive symptoms. Belching, abdominal pain, bloating, nausea, and vomiting are all forms of indigestion. You may also feel uncomfortably full after eating a meal, like the food is “just sitting there”. Similar to the process in which heartburn occurs, incomplete digestion and fermentation of food in the stomach contribute to the symptoms of dyspepsia.

Stomach acid is also needed for stimulating the production and release of pancreatic enzymes. If you suffer from low stomach acid, known as hypochlorhydria, your pancreas isn’t releasing adequate amounts of enzymes. Taking a broad spectrum digestive enzyme before meals ensures you have sufficient enzymes needed to properly break down your food, preventing the symptoms of indigestion.

Certain foods contain starches that are difficult for the body to digest, such as legumes and some types of vegetables and grains. When these and other foods are not properly broken down with enzymes in the small intestine, “bad” bacteria that reside in our large intestine are able to feast on these undigested particles, fermenting the waste matter. The bacteria produce foul-smelling gas, as opposed to the odorless gas that is caused by swallowed air, eating too fast, or drinking carbonated beverages. 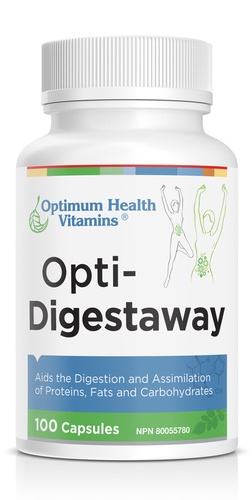 When these bacteria have ongoing access to poorly digested foods, their populations can grow and contribute to an unhealthy and inflamed digestive tract. To ensure complete breakdown of food particles in the small intestine and prevent flatulence and bacterial overgrowth, a digestive enzyme can be taken with meals. Certain herbs such as the peppermint, ginger, and aloe vera found in Opti-Digestaway also help to reduce flatulence, soothe inflammation, and promote healing.

Although an uncomfortable topic for some, poop is very telling of your current state of digestive health. Next time you have a bowel movement, look before you flush. Is there undigested food (besides corn) in your stool? If so, you could probably use some supplemental enzymes. A sign of undigested fats are floating or oily stools. If you experience this or have had your gallbladder removed, you most definitely need to supplement with a digestive enzyme containing bile salts in order to properly emulsify fats and absorb fat-soluble nutrients. Get in the habit of looking before you flush – your poop can tell you a lot.

Digestion is important! So important in fact, that up to 80% of the energy your body produces is used for digestion. If your body is working overtime trying to digest because it is lacking sufficient enzymes to do so, you will feel a lack of energy.

Likewise, if you aren’t properly breaking down and absorbing nutrients from the foods you eat, your body won’t be able to efficiently produce energy in the first place. You could even end up with nutrient imbalances and deficiencies. Give your digestive system a break by adding a digestive enzyme to your routine, freeing up some of that vital energy.

Undigested foods can irritate the gut and encourage the growth of “bad” bacteria, causing damage to the intestinal wall over time. This can result in what is termed a “leaky gut”. The intestinal wall, the very thing that is meant to act as a barrier and only let in approved substances, becomes porous. Larger particles of undigested food can slip through these openings and enter the body. The immune system sees these undigested particles as a threat, as they are not meant to enter the body as such. An immune response is launched, and antibodies are formed.

This can cause a reaction the next time you consume that food, creating food sensitivities and inflammation. Digestive enzymes will assist in the breakdown of food particles into less reactive substances, however dietary changes and additional supplements may need to be looked at in order to heal the gut completely.

Related Article: Common Food Intolerances And What To Replace Them With.

Living, raw foods naturally contain the enzymes that aid in their digestion. When we eat a healthy diet with lots of raw foods, our pancreas doesn’t need to produce as many enzymes. Not only are processed foods majorly lacking in the nutrients we need to thrive, they are also void of enzymes. If eaten regularly, the burden on the pancreas becomes much greater. Because many processed foods are high in simple carbohydrates as well, the pancreas is also over-worked trying to regulate blood sugar and can’t properly produce all the enzymes needed.

Be sure to eat vibrant raw foods daily, and supplement with a digestive enzyme to take the load off your pancreas.

If any of these above signs resonate with you, it may be time to look into a digestive enzyme. As the load on your digestive system is reduced, in time your pancreas will strengthen and improve its own production of enzymes.

Besides taking digestive enzymes, there are other things you can do to support digestive health. Avoid drinking water with meals, as this can further dilute your gastric juices. Chew well, eat mindfully, and take a short walk after eating. Don’t eat late at night, avoid processed foods, and eat raw foods daily. Keep in mind that if you are suddenly increasing your intake of raw foods, the increase in fibre may cause gas or bloating at first as your body adjusts. Digestive enzymes can help with this in the meantime. 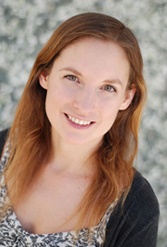